Yen dropped broadly overnight as US stocks rebounded and stays soft in Asian session. Canadian Dollar also pare back some losses as WTI crude oil recovered back above 70 handle. But overall markets are generally mixed in holiday mood. Euro is currently the strongest for the week, followed by Kiwi and Sterling. Yen is the weakest followed by Canadian and Dollar. 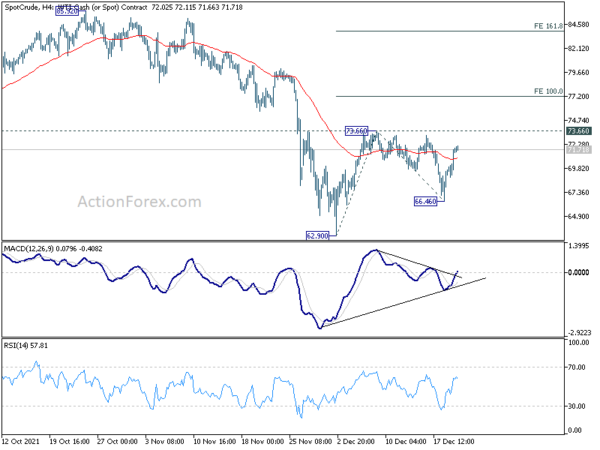 In the minutes of October 27-28 meeting, BoJ said “yen had depreciated somewhat significantly against both the U.S. dollar and the euro, mainly due to rises in U.S. and European interest rates”. Members have discussed the impact of the yen’s depreciation.

Some members said, “the depreciation had positively affected Japan’s economy as a whole through an increase in profits from business conducted overseas and a rise in stock prices, although its effect of pushing up exports had declined.”

One member said, “the effect of the depreciation on each economic entity was uneven, depending on industry and size”. Another member noted, “while prices had increased recently, triggered mainly by the yen’s depreciation, it was unlikely at present that heightened inflationary pressure would reduce the economic welfare of Japan as a whole.”

The six month annualized growth rate in Westpac-Melbourne Institute Leading Index rose from -0.5% to -0.2% in November. The index has been in negative territory for three consecutive months, partly reflecting the lockdowns in New South Wales and Victoria. Nevertheless, reopening rebounds should eventually lift growth back above trend.

Westpac said both itself and the RBA “currently believe that Omicron will not derail the recovery although the next month will determine the extent of the delay and uncertainty.” 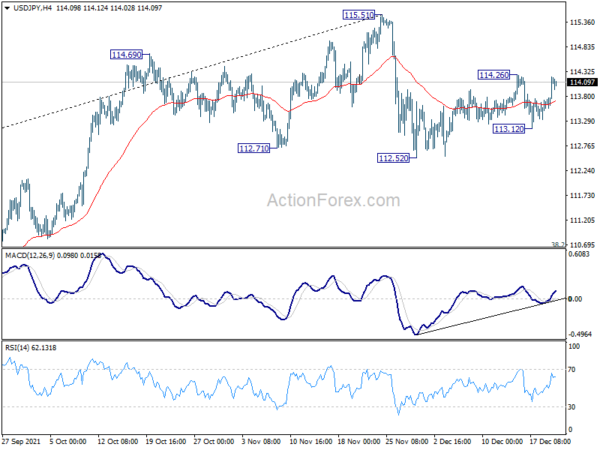 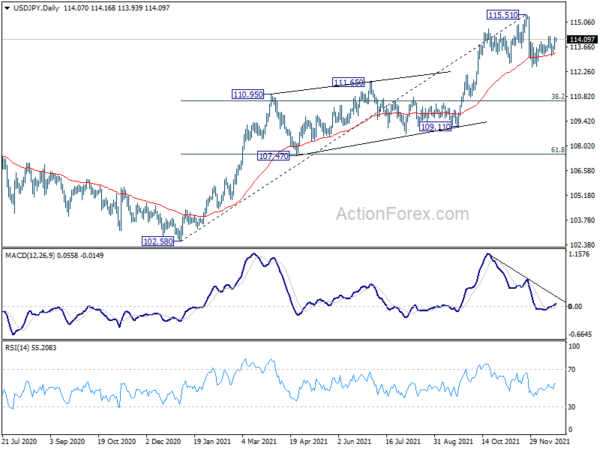