Yen rebounds notably as US futures take a dive just ahead of North American session, while European index also reverse earlier gains. While Dollar is dragged down by Yen, it’s somewhat still resilient against others. Selling is mainly seen in Swiss Franc and, to a lesser extent, Euro. Commodity currencies are mixed. We’ll have to see how the overall risk sentiment plays out. Yet, more volatility is anticipated ahead with Fed chair Jerome Powell’s testimony, and US inflation data featured later in the week.

Technically, it’s too early to claim that Yen is reversing. But we’ll keep an eye on some commodity Yen crosses. NZD/JPY’s break of 77.96 resistance turned support argues that corrective pattern from 75.95 has completed with three waves up to 79.22. Deeper fall would be seen back to retest 75.95/76.01 zone. 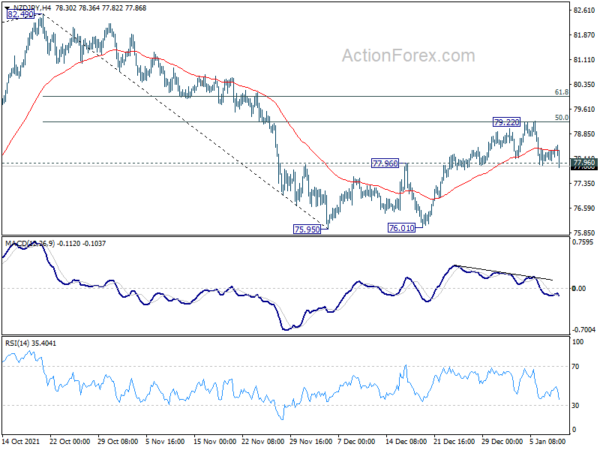 We’ll also keep on eye on 82.42 resistance turned support in AUD/JPY. Break there will argue that the rebound from 78.77 is over, and bring deeper fall back to 80.25 support and possibly below. 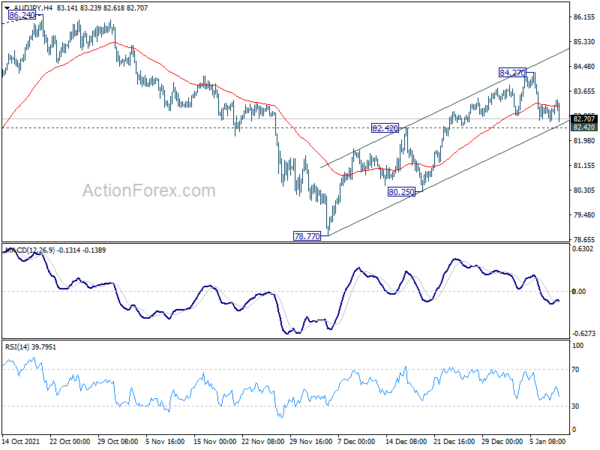 Eurozone Sentix rose to 14.9 in Jan, fundamentally constructive outlook with an Achilles’ heel

Sentix said, “our fundamentally constructive outlook for the economy in 2022 (especially the first half of the year) has an Achilles’ heel: The support of expansive central banks is threatening to run out faster than expected.

“The sentix topic barometer ‘Central Bank Policy’ indicates an increasing burden for the bond market and thus for the real economy. The burden on this is estimated to be greater than in 2018, when the monetary guardians also adopted a more restrictive course.

“Fiscal balancing impulses must therefore be put in place swiftly to cushion the weakening monetary impetus from the central banks.”

In an blog post, senior IMF officials said the continued to expect “robust US growth”. Inflation will “likely moderate” late this year as supply disruptions ease and fiscal contraction weighs on demand. Fed’s indication that it would raise interest rate more quickly “did not cause a substantial market reassessment of the economic outlook”.

“Should policy rates rise and inflation moderate as expected, history shows that the effects for emerging markets are likely benign if tightening is gradual, well telegraphed, and in response to a strengthening recovery,” the post noted.

However, “broad-based US wage inflation or sustained supply bottlenecks could boost prices more than anticipated and fuel expectations for more rapid inflation”.

“Faster Fed rate increases in response could rattle financial markets and tighten financial conditions globally. These developments could come with a slowing of US demand and trade and may lead to capital outflows and currency depreciation in emerging markets.” 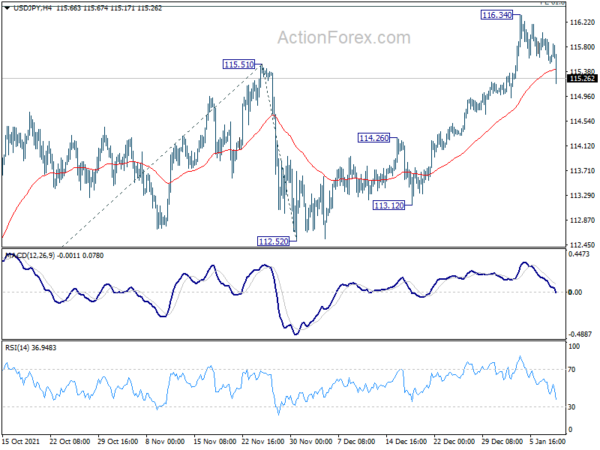 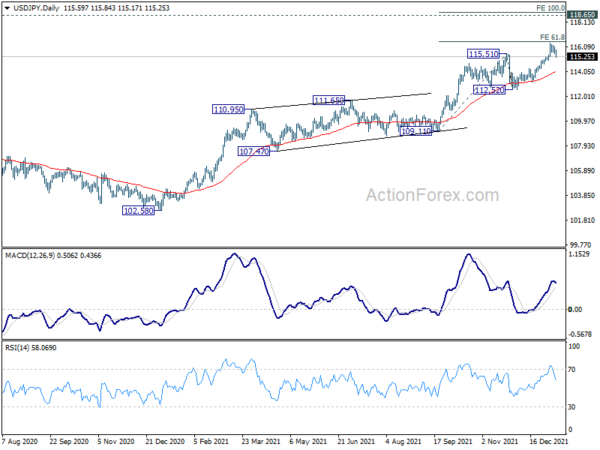