The forex markets are extending near term corrective moves today, with Yen turning slightly stronger, followed by Swiss Franc. Canadian Dollar and Sterling are the weaker ones, followed by Dollar. The Loonie will look into BoC policy decision for guidance. Meanwhile, broader markets will look at development in overall risk sentiments. European indexes are trading slightly lower but US futures point to high open. 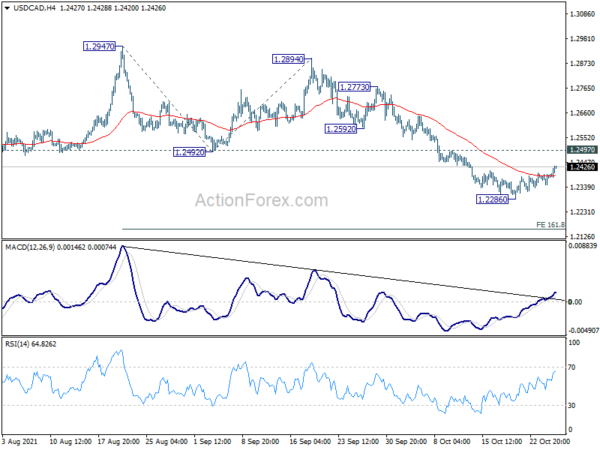 “The precondition is that we stabilize international supply chains, and, for example, make sure that more of the chips are produced that are built into almost every device, especially cars,” Altmaier said earlier in an interview with ARD television.

“This second increase to consumer sentiment in a row defies increasing inflation. German citizens are clearly expecting further price increases. That is why they consider to make purchases, in order to avoid even higher prices”, explains Rolf Burkl, GfK consumer expert. “If the surge in prices continues, it would put a strain on consumer sentiment and a fundamental recovery would likely be further delayed.”

Australia CPI rose 0.8% qoq in Q3, matched expectations. Over the 12-month period, headline CPI slowed from 3.8% yoy to 3.0% yoy. Trimmed mean CPI jumped from 1.6% yoy to 2.1% yoy. Weighted median CPI rose from 1.6% yoy to 2.1% yoy too. Both trimmed mean and weighted mean CPI readings were highest in over five years, and the first annual movements above 2% since September 2015 quarter.

Head of Prices Statistics at the ABS, Michelle Marquardt said the most significant price rises in the September quarter were new dwellings (+3.3 per cent) and automotive fuel (+7.1 per cent).

“These three consecutive record months for imports are a reflection of both the higher prices New Zealanders are paying for consumer goods, and strong demand for capital goods such as machinery used in construction, and passenger vehicles,” international trade manager Alasdair Allen said.

ANZ said: “Despite living week to week to some extent, firms appear to be getting on with it as best they can. There are clearly challenges, with costs extremely high and profits expected to fall, but more positively, activity expectations, investment intentions and employment intentions are holding up. The COVID situation remains unpredictable, however, and we’ll be watching closely for any evidence of that uncertainty derailing plans.” 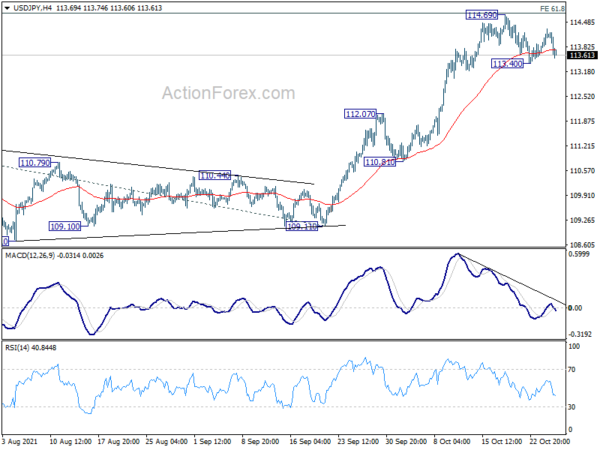 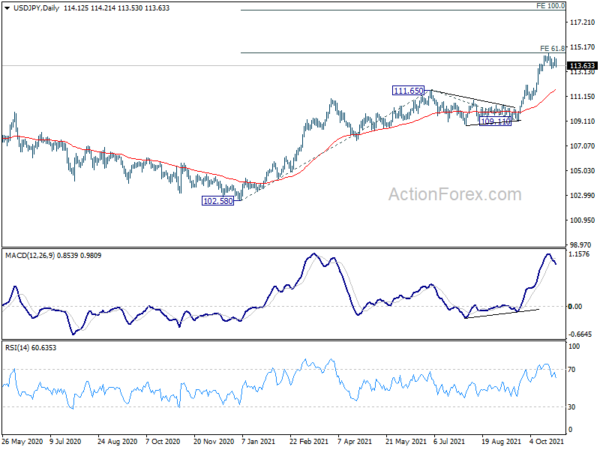 Markets Staying in Consolidation after BoC and BoJ, ECB Next