Yen is trading broadly lower this week, and remain soft in Asian session, following the rally in US stocks overnight. Dollar is also weak in risk-on markets, while Euro is not far away. On the other hand, Sterling is so far the strongest one, followed by Aussie. The economic calendar is very light in the holiday-shortened week. The movements in currencies will more likely follow overall risk sentiment than not.

Technically, we’ll keep an eye on the development in CAD/JPY in the next few days. Correction from 93.00 appears to be complete at 87.42 after drawing support from medium term trend line. Break of 90.34 resistance will affirm this case and bring stronger rally back to retest 93.00 high. Such development, if happens, will help affirm the return of medium term weakness in Yen. 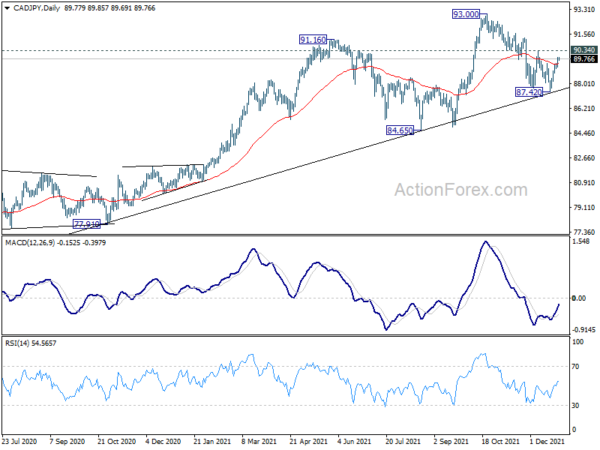 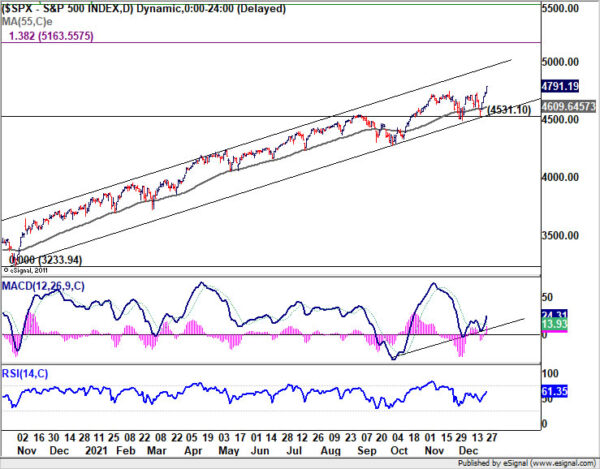 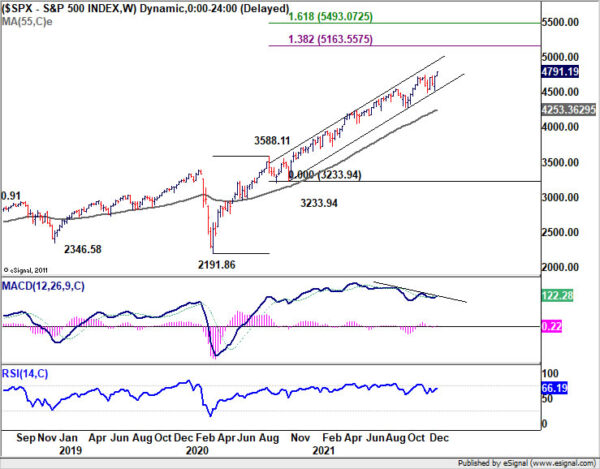 Meanwhile, to solidify the case of full return of risk-on sentiment, we’d like to see NASDAQ breaking through 16212.22 high and DOW through 36565.73. 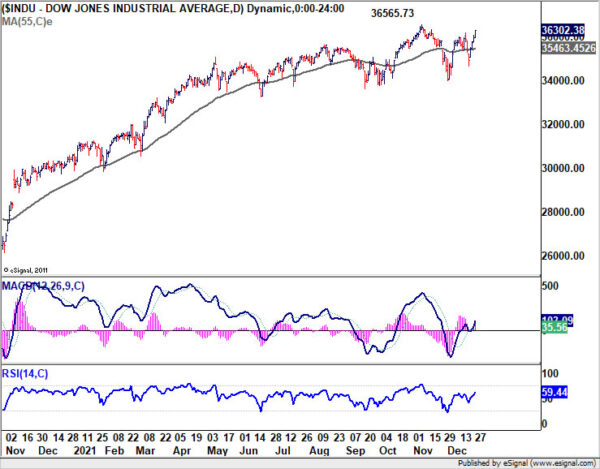 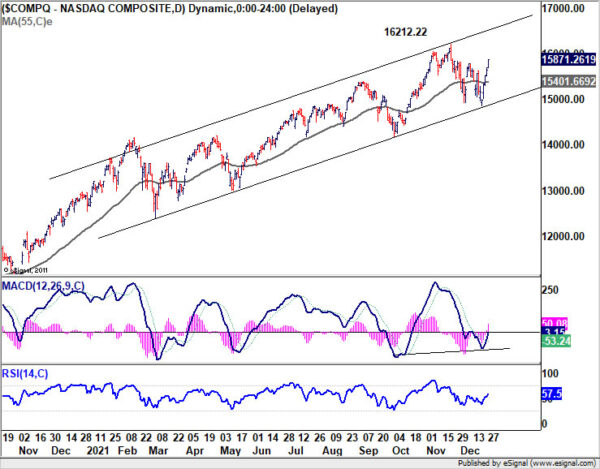 Immediate focus is now on 1814.06 resistance in Gold. Firm break there will resume the rebound from 1752.32, and solidify the case that fall from 1877.05 has completed. In this case, stronger rally should be seen towards 1877.05 key structural resistance next.

However, note that Gold is already losing some upside momentum as seen in 4 hour 55 EMA. Rejection by 1814.06 will bring another falling leg to extend the pattern from 1814.06. But still, further rally will remain mildly in favor as long as 1784.78 support holds. 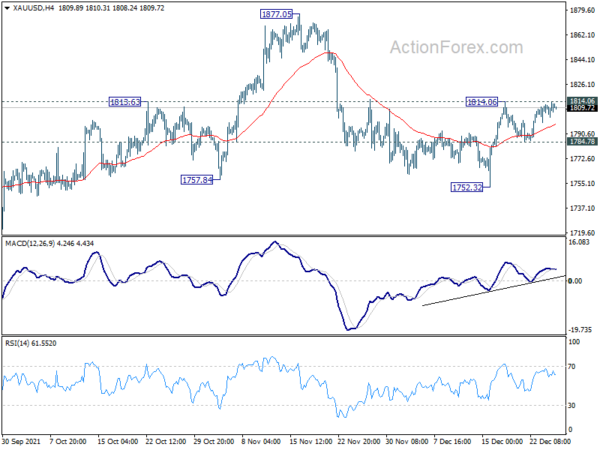 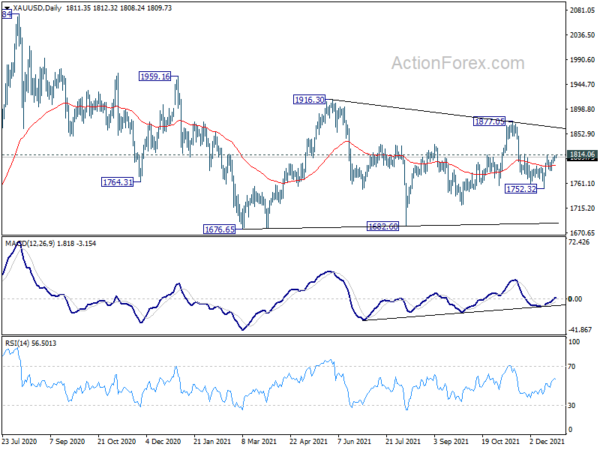 Based on a poll of manufacturers, the Ministry of Economy, Trade and Industry expects output to advance 1.6% in December and climb 5.0% in January.

Also released, unemployment rate edged up to 2.8% in November, from October’s 2.7%.

GBP/JPY’s rise from 148.94 continues today and hit as high as 154.43 so far. Current development suggest that correction from 158.19 is complete after defending 148.93 support. Intraday bias stays on the upside for 154.70 resistance. Firm break there should confirm this bullish case and target a test on 158.19 high. Nevertheless, break of 153.02 minor support will mix up the near term outlook and turn intraday bias neutral again first. 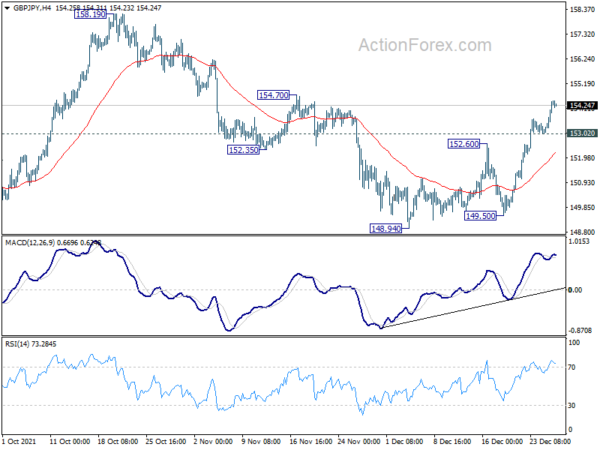 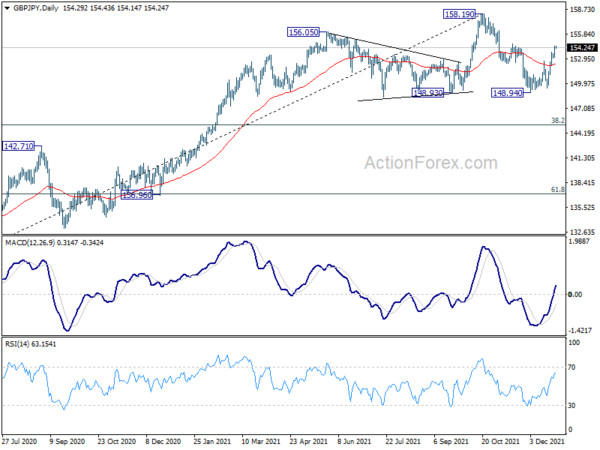