Preliminary information indicates that real GDP rebounded in October, up 0.8% with increases in most sectors.

“This inflation for us today is temporary, it is linked to strong demand, itself linked to a recovery that is much stronger than we anticipated,” Finance Minister Bruno Le Maire said.

Household consumption expenditure on goods in volume dropped -0.4% mom in October, versus expectation of 0.3% mom rise. Consumption remained below 01.8% below its pre-crisis level in Q4 2019. The contraction was mainly due to a sharp drop in consumption of manufactured goods (-1.8%). It is partially offset by the recovery in consumption of food (+0.7%) and energy (+1.0%).

Also released, GDP was finalized at 3.0% qoq in Q3, unrevised.

Germany unemployment dropped -34k in November versus expectation of -20k. Unemployment rate dropped to 5.3%, down from 5.4%.

Swiss KOF dropped to 108.5, a step further back to long term average

KOF said: “The KOF economic barometer moves one step further towards its long-term average shortly before the end of the year. The high-flying of the barometer, which was observed in the middle of the year, is being cushioned by a further corrective movement. However, the barometer remains above its long-term average. The prospects for the Swiss economy remain positive, given that economic activity is not impaired by a recurring spread of the virus.”

The Ministry of Economy, Trade and Industry expects industrial production to grow 9.0% mom in November and then 2.1% mom in December.

“A series of policy measures to ensure energy supply and stabilize market prices have borne some fruits. The tight supply of electricity eased while prices of some raw materials dropped significantly in November,” said Zhao Qinghe, a senior NBS statistician. 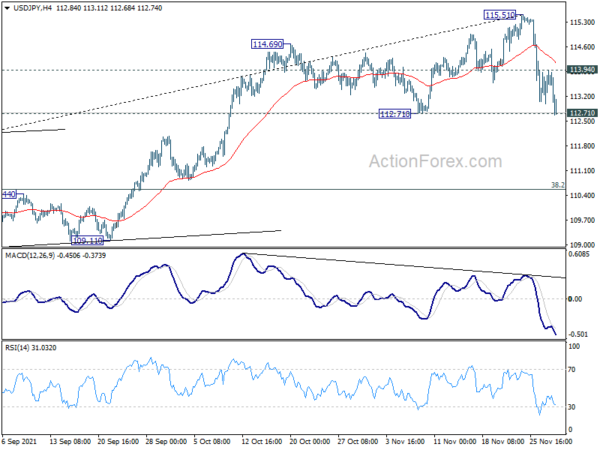 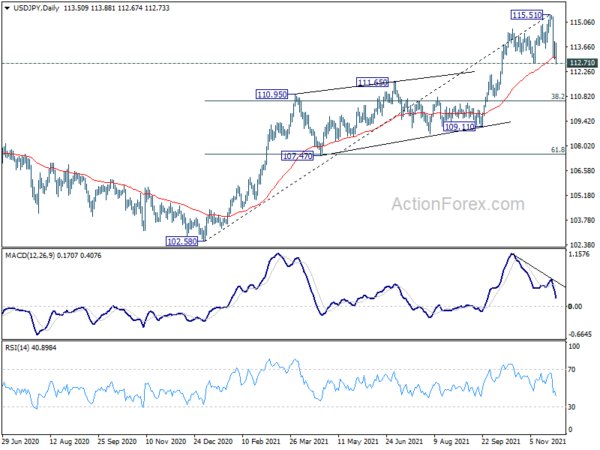