Japan’s Nikkei index surges sharply by over 2% in Asian session, in very positive response to the easy win of the Liberal Democratic Party in Sunday’s election. Prime Minister Fumio Kishida’s LDP retained comfortable majority in the House of Representatives, ensuring continuity of the economic policies. While other Asian markets are mixed, Yen is trading slightly lower following the risk-on sentiment. Dollar is currently the stronger one for the day.

Technically, USD/JPY would be a focus for today, as corrective pull back from 114.69 might be finished at 113.24. Current rebound could extend to retest 114.69 and break there will confirm up trend resumption. If that happens, we’d also monitor if other Yen crosses follow. For example, AUD/JPY would also break through 86.24 to resume medium term up trend. 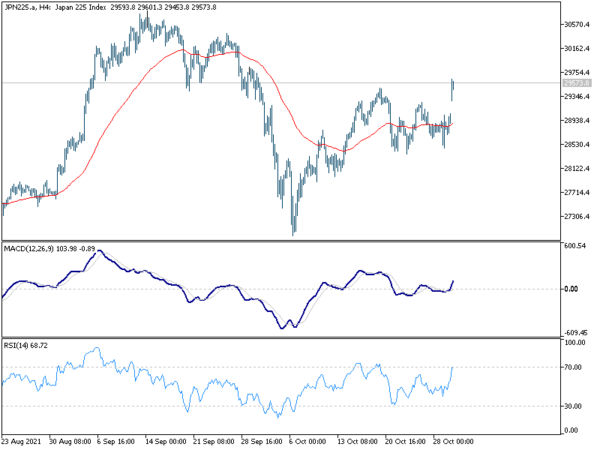 Wang Zhe, Senior Economist at Caixin Insight Group said: “To sum up, manufacturing recovered slightly in October from the previous month. But downward pressure on economic growth continued. We noticed that the pandemic’s impact on manufacturing faded from late September to mid-October as the number of new Covid-19 cases dropped, which boosted demand.

Japan PMI Manufacturing was finalized at 53.2 in October, up from September’s 51.5. Markit said there were renewed rises in output and new orders. Input prices and output charges rose at quickest rate in over 13 years. Business optimism accelerated to series-record high.

Usamah Bhatti, Economist at IHS Markit, said: “October PMI data pointed to a stronger expansion in the Japanese manufacturing sector at the start of the fourth quarter… Overall, the headline Manufacturing PMI was at its highest reading since April and the second-highest in the year to date…

“Material shortages and delivery delays induced sharp rises in input prices, as average cost burdens rose at the sharpest pace since August 2008. This contributed to higher charges for clients in attempts to cover margins, with factory gate inflation quickening to a 13-year high..

“Confidence about the outlook reached the highest level since the series began in July 2012, as hopes that the end of the pandemic would stimulate a broad market recovery gathered pace. This is broadly in line with the IHS Markit forecast for industrial production to grow 7.1% this year and 4.3% in 2022.”

Australia AiG manufacturing dropped to 50.4, but encouraged by rise in new orders

Ai Group Chief Executive Innes Willox said: “Although restrictions began to be eased, vaccination rates rose and the country edged towards a living with COVID approach, the year-long run of improving manufacturing performance was put on hold in October…. Although October was nothing to write home about, manufacturers will be encouraged by the sharp lift in new orders received and by the further progress towards removing COVID restrictions.

Looking for wild reactions to RBA, Fed and BoE

Three central banks will meet this week, and reactions could be wild.

RBA meeting has become interesting after it refrained defending its yield curve control. Yield on April 2024 Australia government bonds surged to close at 0.775%, way above target of 0.1%. The development prompted speculation that RBA could have a hawkish shift this week. An adjustment to the bond purchase program, currently at AUD 4B per week until at least February 2022, is an option. Or RBA could also signal that the conditions for rate hike would come earlier than 2024. And of course, RBA would also just do nothing. Volatility of Aussie cold be wild if RBA takes any of these paths.

As for Fed, it should now be ready to announce the long awaited tapering. The question is on the pace of reduction in asset purchases, and the FOMC’s expectation on when to end it. For now, Chair Jerome Powell should maintain that rate hike is a complete separate decision to tapering. He would also reiterate that even though the temporary factors driving up prices might last longer than expected, the current surge in inflation is still transitory.

BoE is clearly getting closer to a rate hike, after some policy makers including Governor Andrew Bailey said monetary policy “will have to act and must do”, if medium term inflation expectations are getting out of control. And they didn’t object to the idea that rate hike could come before the end of asset purchases, which completes on December 31. So as new Chief Economist Huw Pill put, November is “finely balanced” and “live”. Even if there is no rate hike delivered, hawkish voting could also continue to support Sterling.

On the data front, there will be US ISMs and non-farm payroll, Canada employment, Eurozone unemployment rate, Swiss CPI and retail sales, Australia trade balance, New Zealand employment and China PMIs. It’s a very busy week and here are some highlights: 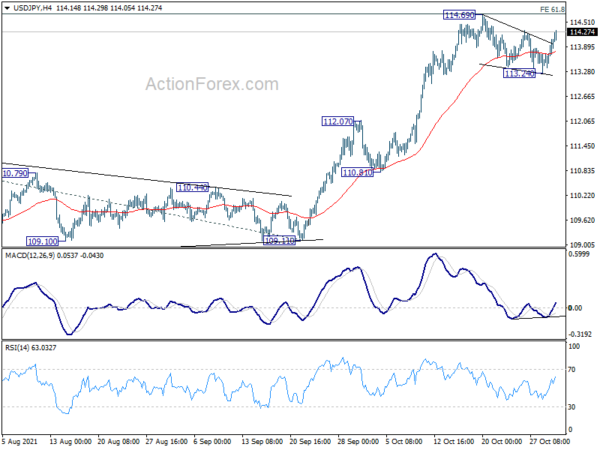 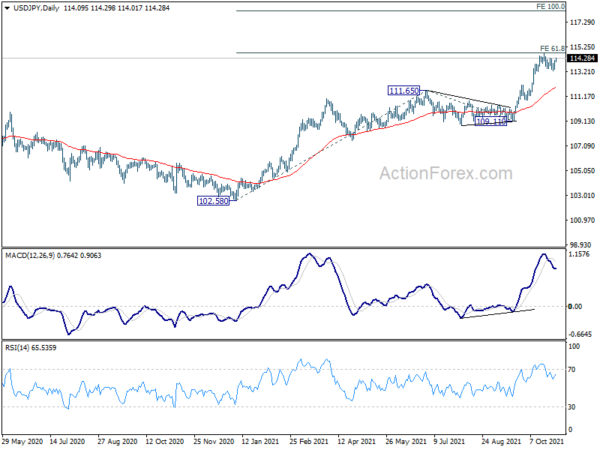 Euro Selloff to Continue, At Least in Some Crosses