Technically, broadly speaking, near term outlook in Yen and, to a lesser extent, Dollar remain bearish. Focus is mainly on the timing of breakout. For that, we’ll pay more attention to related commodity currency pairs. In particular 0.7545 temporary top in AUD/USD, 1.2286 temporary low in USD/CAD, 86.24 temporary top in AUD/JPY and 93.00 temporary top in CAD/JPY. Break of these level could lead the return of selling in Yen and Dollar. 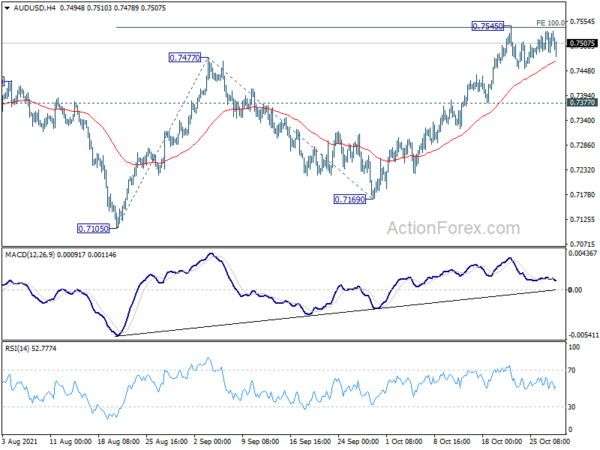 The BoC surprised to the hawkish side at the October meeting overnight. Policymakers announced to end the QE program and begin the reinvestment process, compared with consensus of a reduction to the weekly purchase of CAD1B. While leaving the overnight rate unchanged at the effective lower bound of 0.25%, the timing for the first rate hike was pushed forward. While downgrading GDP growth forecasts for this year and 2022, inflation projections were revised higher through to 2023.

BoJ kept monetary policy unchanged today as widely expected. Under the yield curve control framework, short-term policy interest rate is held at -0.1%. 10-year yield target is maintained at around 0%, with JGB purchases without upper limit. It also reiterated that BoJ will continue with QQE with YCC “as long as it is necessary” for maintaining inflation at 2% target in a stable manner. It will also continue expanding the monetary base core CPI exceeds 2% and stays above in a stable manner.

Also from Japan, retail sales dropped -0.6% yoy in August, versus expectation of -2.3% yoy. 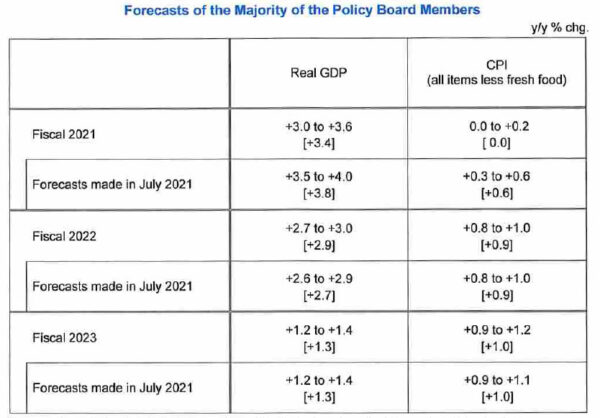 Australian bond yields surge sharply today after RBA skipped the asset purchases to defend the 0.10% April 2024 yield target. Yield on April 2024 AGS more than doubled to above 0.5%. Meanwhile, 3-year AGS yield extended recent rally and accelerated to as high as 1.19%.

The development prompted speculations that RBA would change its forward guidance to indicate that conditions for rate hike could come earlier than 2024. Westpac said it now confirm its expectation that RBA hike would come in February 2023. CBA is expecting a November 2022 hike while ANZ is forecasting a hike in H2 of 2023. 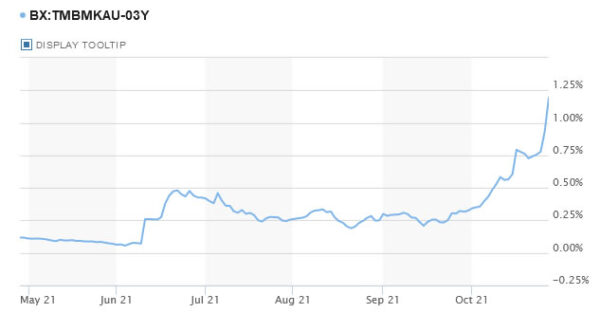 Separately, RBA Deputy Governor Guy DeBelle told the Senate today, “the monetary policy settings we have in place, as do other central banks around the world, are looking to generate a little higher inflation than we have seen over the last five, six years, as well generate more jobs.” Nevertheless, he added, “a little bit more inflation is welcome, a lot more inflation isn’t.”

ECB to stand pat, some previews

ECB is widely expected to keep monetary policy unchanged today. The central bank might shed some light on asset purchases after the end of the emergency program PEPP next March. But the details on what to follow will only be revealed at the December meeting, together with new economic projections. There are some expectations that the flexibility of the original APP would be increased, but this is far from being certain.

There are also speculations of an earlier rate hike, with market pricing it to happen by 2022 year end. But President Christine Lagarde would likely talk down such expectations. Instead, ECB would just reiterate that the policy rates would “remain at their present or lower levels until it sees inflation reaching 2% well ahead of the end of its projection horizon and durably for the rest of the projection horizon and judges that realized progress in underlying inflation is sufficiently advanced to be consistent with inflation stabilizing at 2% over the medium term”.

Some previews on ECB:

Germany unemployment and CPI, and Eurozone economic sentiment will be released in European session. Later in the day, US will release GDP, jobless claims and pending home sales. 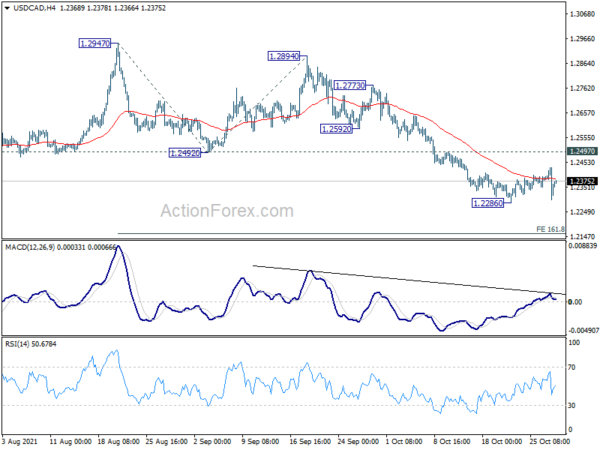 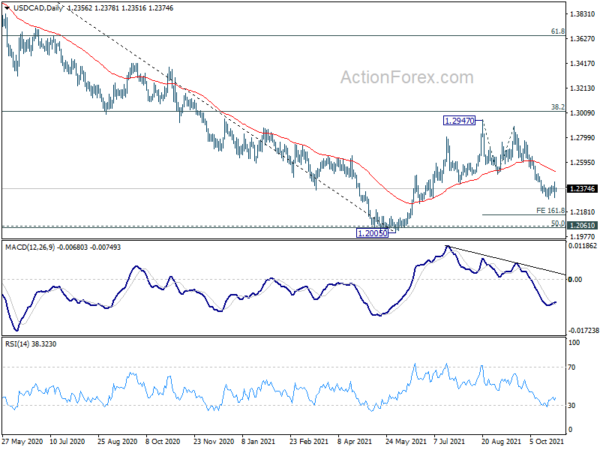