Euro ended as the worst performing one after the post ECB rally faded quickly. It’s clear that ECB would lag behind other major central banks in stopping to add stimulus, not to mention raising interest rate. The selloff in Euro also dragged down Sterling, as both were sold off against Swiss Franc. Australian Dollar ended as the strongest after RBA gave up defending the yield curve control. New Zealand Dollar followed as next strongest on expectations of further RBNZ rate hikes. Canadian Dollar was also firm after hawkish BoC, but was capped by mild retreat in oil price.

Looking ahead, the broad outlook in Dollar and Yen would probably turn mix. On the one hand, there is prospect for Yen pairs to gyrate lower, in corrective way, if benchmark US yield reverses from current level. On the other hand, risk-on sentiment is set to continue with DOW, S&P 500 and NASDAQ making new record highs. That could also cap rallies in Dollar and Yen. The theme for the near term would likely be selloff in Euro, in particular against commodity currencies. 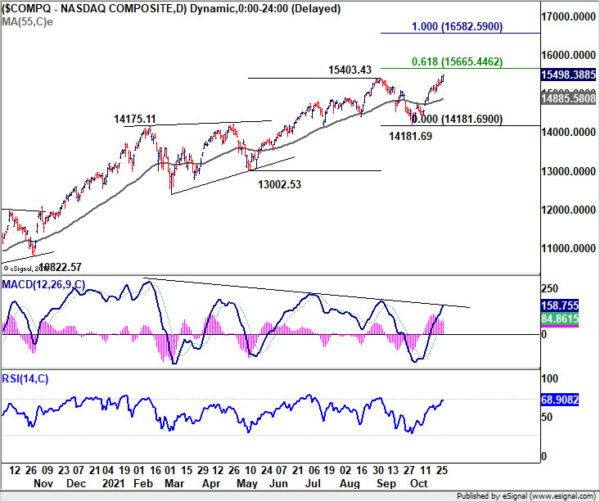 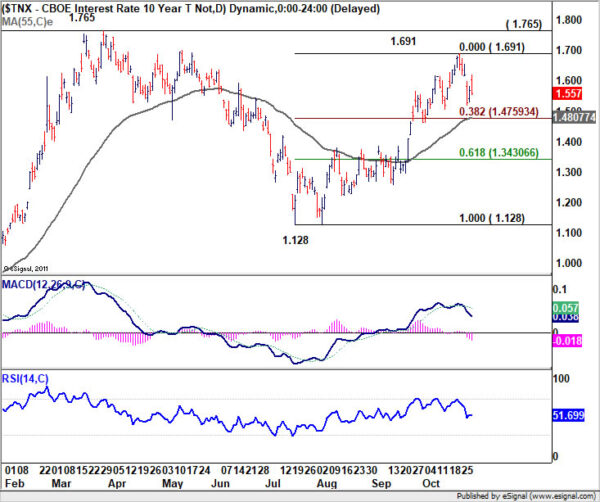 Dollar index stayed strong rebound after drawing support from 55 day EMA (now at 93.38). Such development keeps near term outlook bullish. Yet, it still needs to break through key medium term fibonacci level of 38.2% retracement of 102.99 to 89.20 at 94.46 to confirm buying momentum. Otherwise, consolidations would extend for while. Also, if DXY breaks to the upside without accompanying movement in 10-year yield, it’s probably more due to selloff in Euro rather than buying in Dollar. 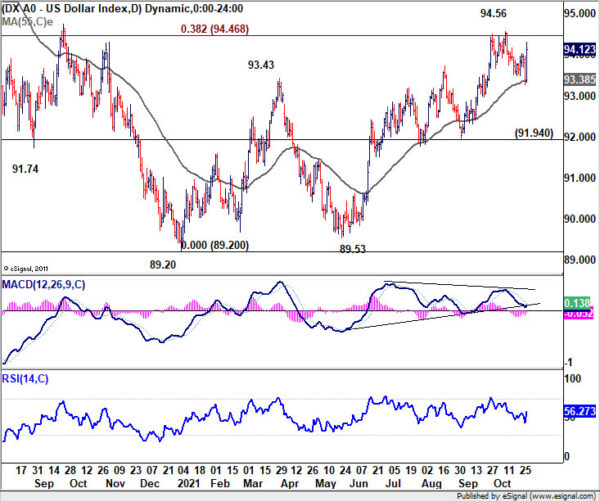 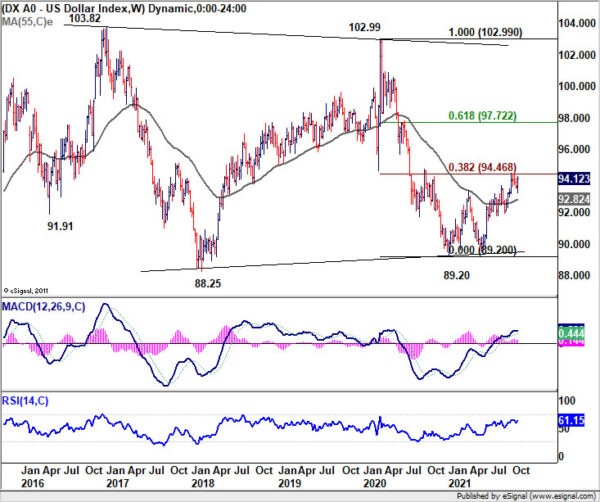 Euro looking rather bearish in some crosses 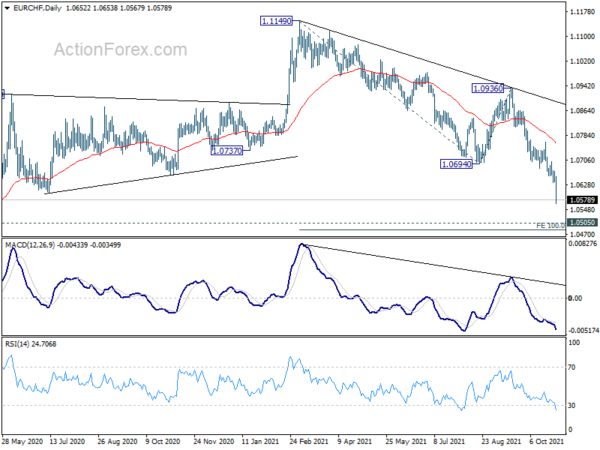 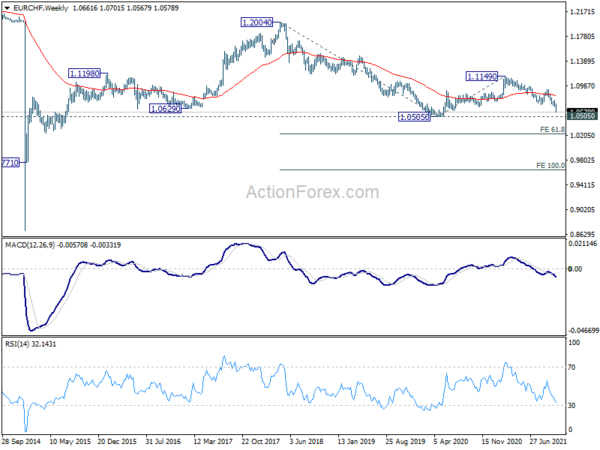 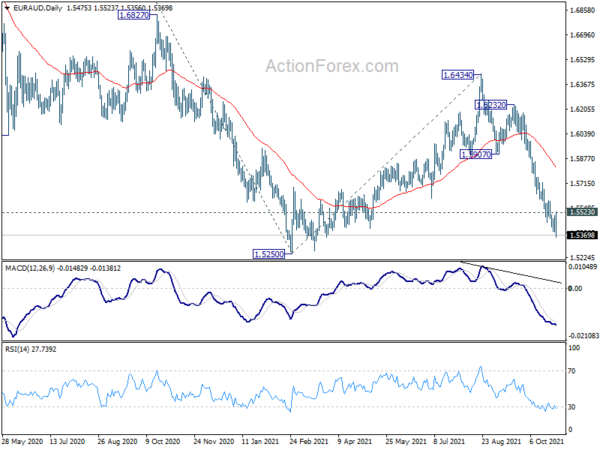 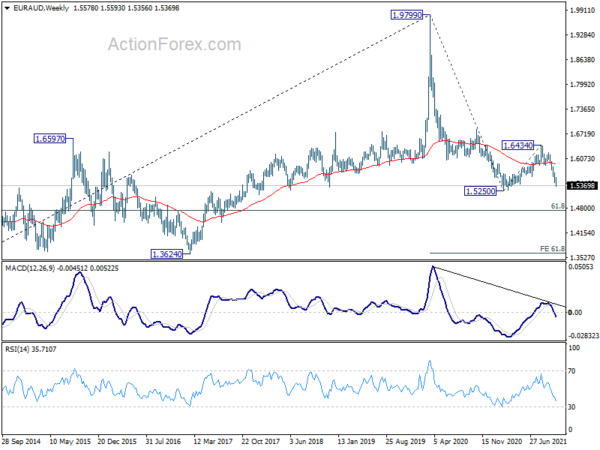 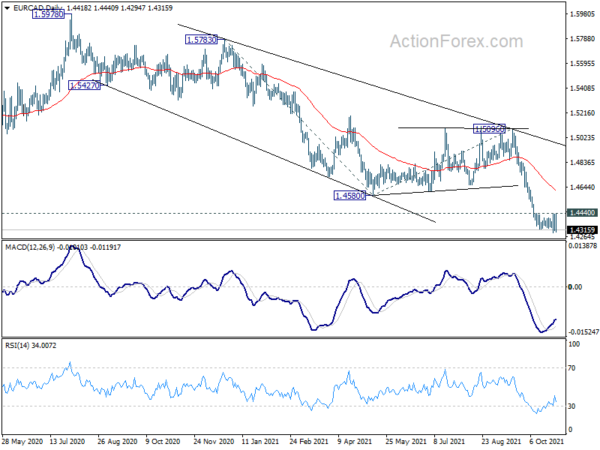 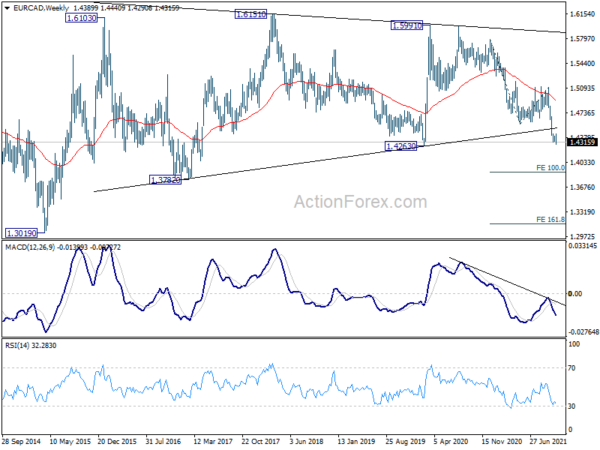 EUR/USD rebounded to 1.1691 last week, but was rejected by 55 day EMA and fell sharply from there. It’s also kept inside near term falling channel. Thus outlook in the pair stays bearish. Initial bias is now on the downside this week for 1.1523 support. Break there will resume the fall from 1.2265, and that from 1.2348 too, for long term fibonacci level at 1.1289 next. For now, further decline is expected as long as 1.1691 resistance holds, in case of recovery. 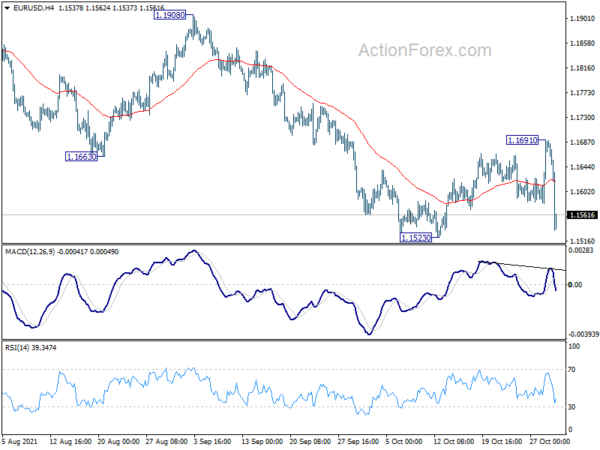 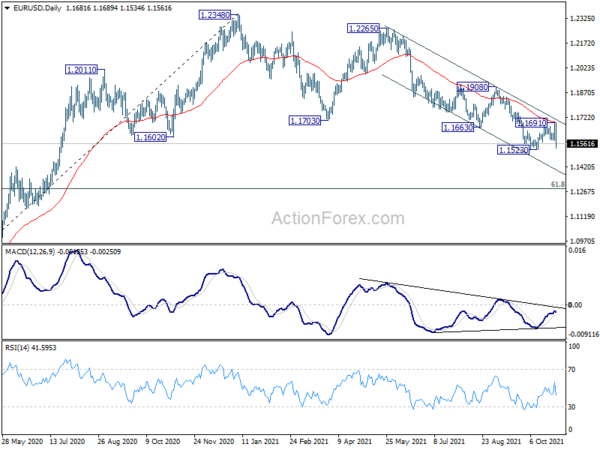 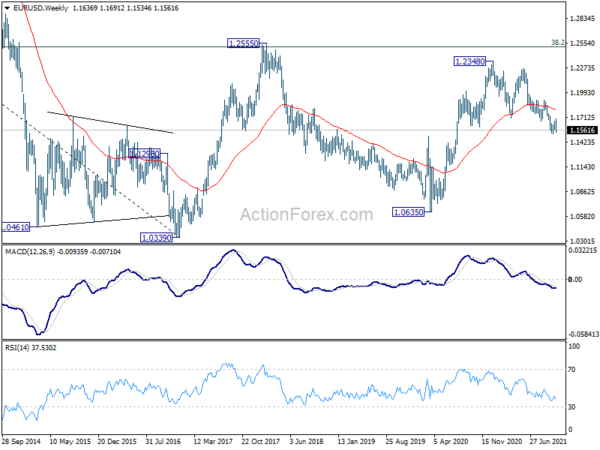 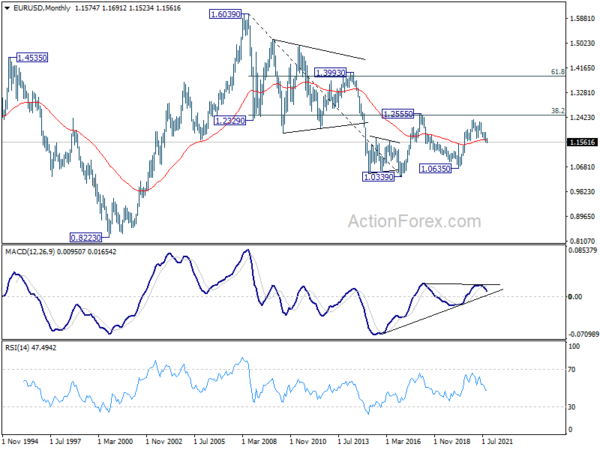