Dollar initially surged after Fed decided to double tapering pace and indicated there could be as many as three rate hikes next year. Nevertheless, the rally attempted was choked off by strong risk-on rally in stocks. Investors seemed to be relieved that firstly, Fed is still cautious on the developments with Omicron. Secondly, the uncertainty regarding pace of rate hike was removed. The greenback is still the strongest was for the week so far, but is kept inside last week’s range except versus Yen and Canadian. Focus will turn to BoE and ECB policy decisions today. SNB will be featured too be it’s more likely a non-event.

Gold spiked lower to 1752.32 after Fed decided to double tapering pace while the new projections indicated three rate hikes next year. Yet, Gold quickly recovered and there was no follow through buying in Dollar.

However, strong break of 1792.94 will now bring sustained trading above 55 day EMA. Considering bullish convergence condition in 4 hour MACD too, that would signal complete of fall from 1877.05 and bring stronger rise back towards this resistance. 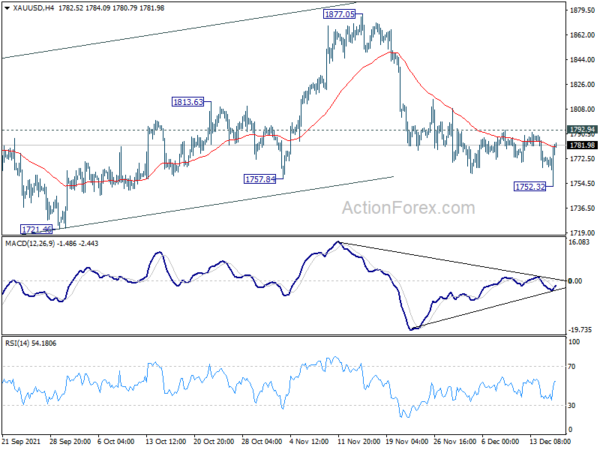 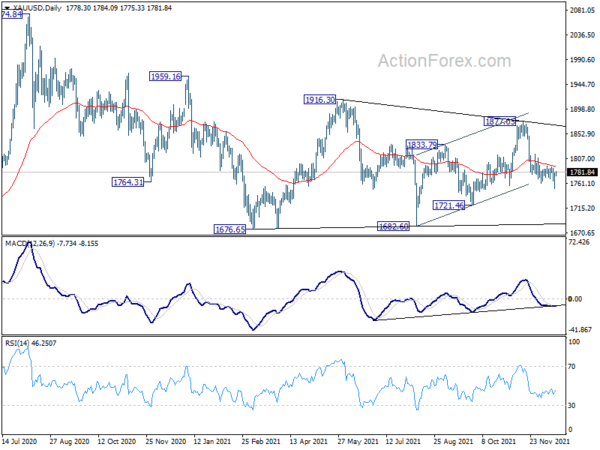 Annabel Fiddes, Economics Associate Director at IHS Markit, said: “The latest Flash PMI data showed that the Japanese private sector recovery was sustained in December, rounding off the best quarterly performance since Q4 2018. However, both manufacturers and services companies signalled softer rates of output and new order growth compared to November, to suggest a softening of momentum.” 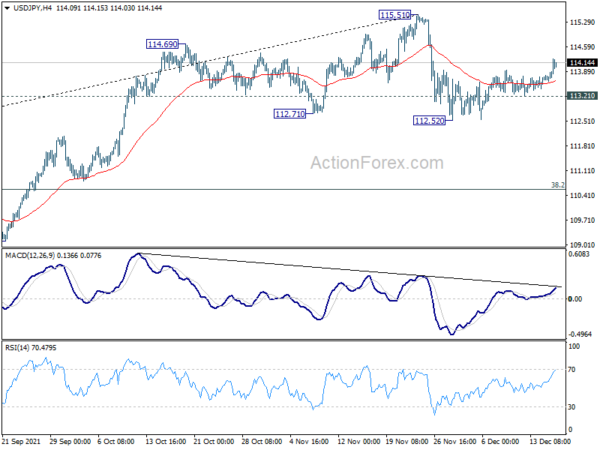 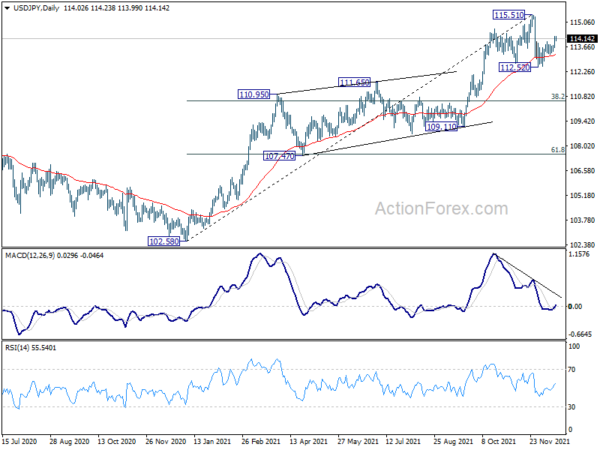