Traders added to the bet of a June rate hike by Fed after stronger consumer inflation reading. Dollar surged across the board with Dollar index taking out an important fibonacci level. Benchmark currency yields staged a strong rebound. But stocks were very resilient despite intensify speculation of an early Fed hike and rising yields. Gold also delivered a long-waited upside breakout in spite of Dollar strength.

Back in the currency markets, Yen was surprisingly the second strongest one but momentum has diminished towards the end of the week. Other currencies were mixed with Kiwi ended as the worst performing, followed by Euro and Swiss Franc. Inflation data will remain the focuses this week with CPI from UK, Canada and Japan featured. Also, eyes will be on how FOMC members would react to the current “transitory” surge in inflation.

Markets pricing in 72% chance of Fed hike by June

US consumer inflation was the biggest, and lasting, market driver last week, as CPI surged to 6.2% yoy in October. That’s the highest level in over three decades, and the fifth straight month of reading above 5%. The speculation of an earlier rate hike by Fed reignited after the data. Fed funds futures are now pricing in 72% chance of one 25bps rate hike by Fed or more by June next year. That’s sharply higher than 53.3% a week ago and nearly double of 38.2% a month ago. 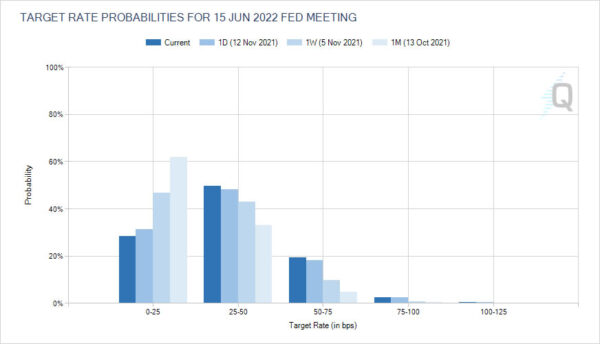 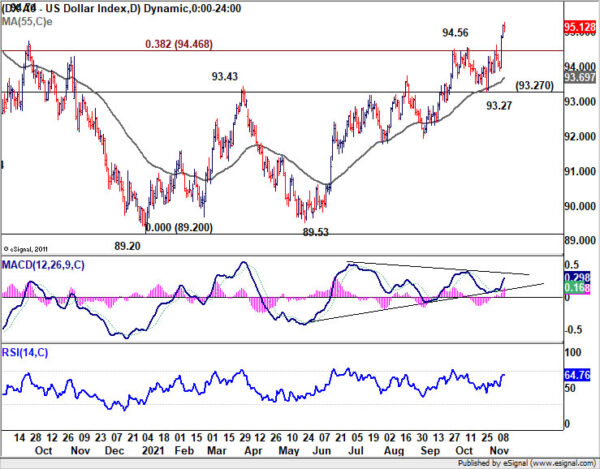 The question now is whether the corrective pattern from 103.82 (2017 high) is complete with three waves to 89.20. Or, it’s a triangle pattern in it’s fourth leg. The medium term momentum above 97.72 fibonacci level will reveal some hints on which case it is. For now, we’ll just keep monitoring the development first. 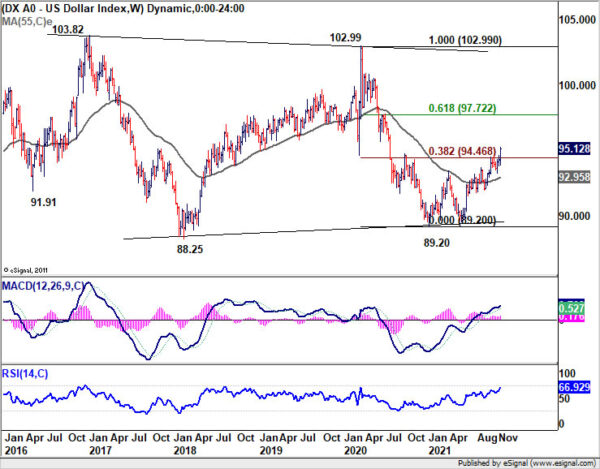 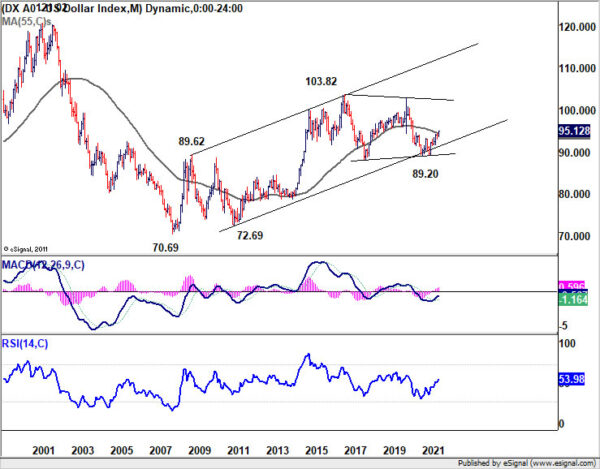 10-year yield staged a very strong rebound from 1.415 last, closing at 1.582. Yet there is no clear sign that consolidation from 1.691 is finished. Even so, there is an important resistance level ahead at 1.765. For now, while 1.415 should be a floor at least for the near term, outlook is neutral first and more range trading could be seen. Such development could cap USD/JPY’s rally attempts. 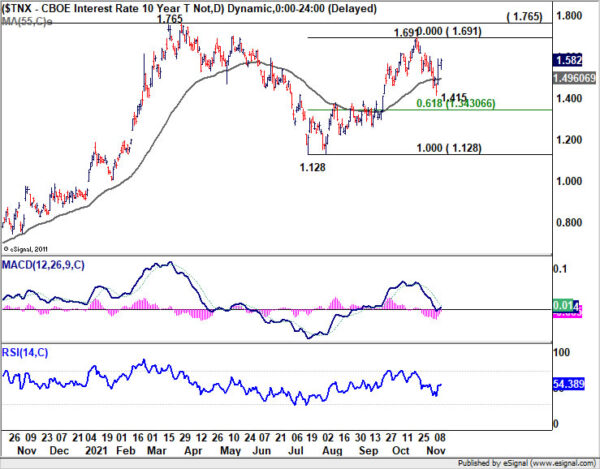 S&P 500 stays on bullish course after brief pull back

The intra-week pull back in US stocks was relatively shallow and brief. S&P 500 was held well above 4595.06 support and rebounded to close the week. Near term outlook stays bullish for next target of 38.2% projection of 3233.94 to 4545.85 from 4278.94 at 4780.07. However, daily MACD is already dipping down while SPX will approaches medium term channel resistance on next rise. Upside 4780.07 could provide some significant resistance to limit upside for the first attempt and bring a lengthier consolidation. 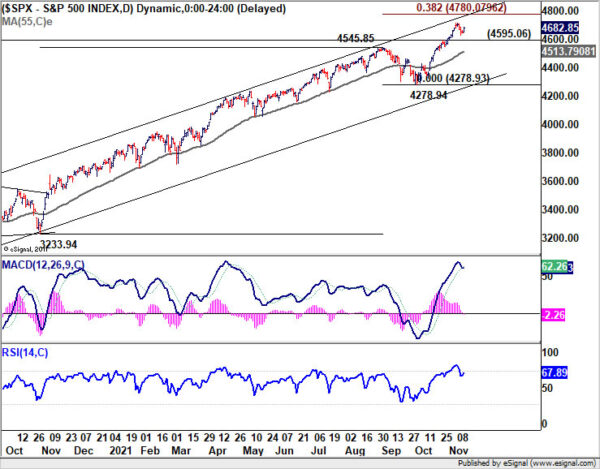 Gold to target 1909 after upside breakout 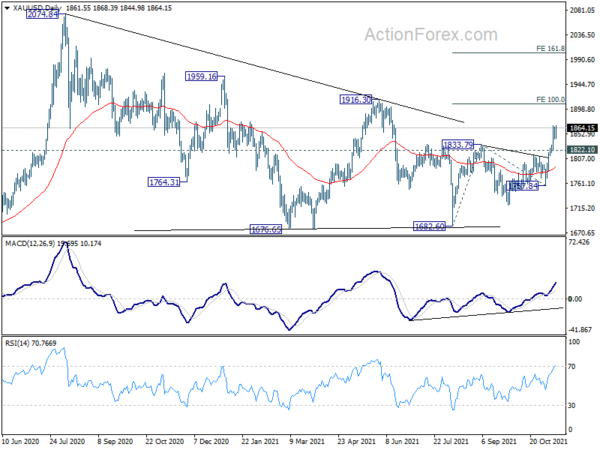 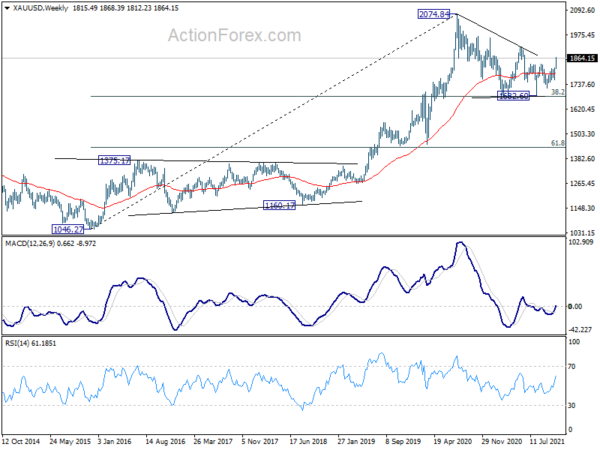 NZD/USD was the biggest mover last week, losing -1.12%. The development suggests that corrective pattern from 0.6804 is complete with three waves up to 0.7217. More importantly, the rejection by medium term channel resistance argues that correction from 0.7463 is still in progress. 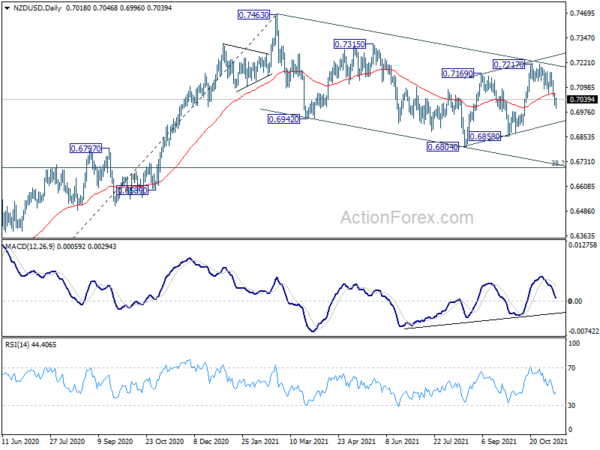 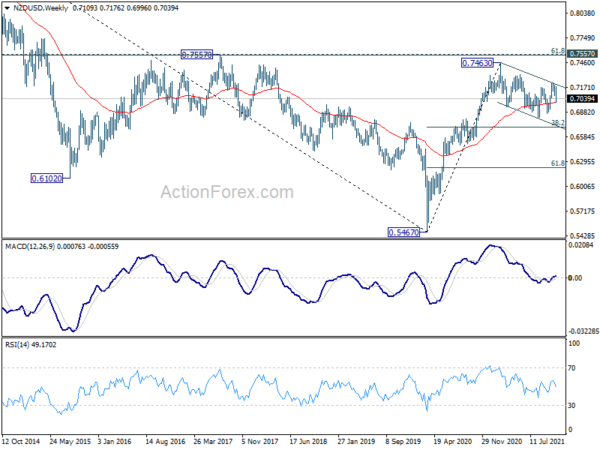 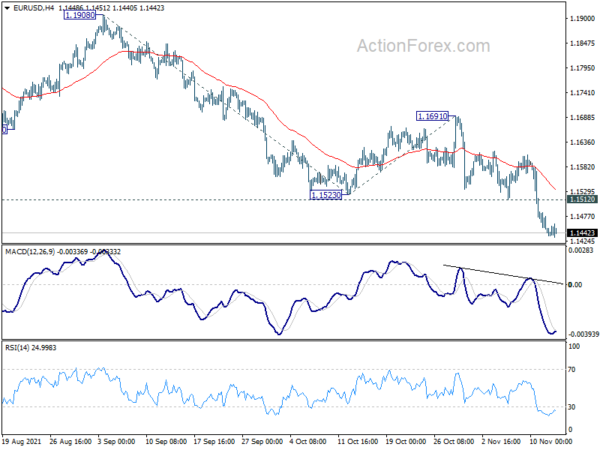 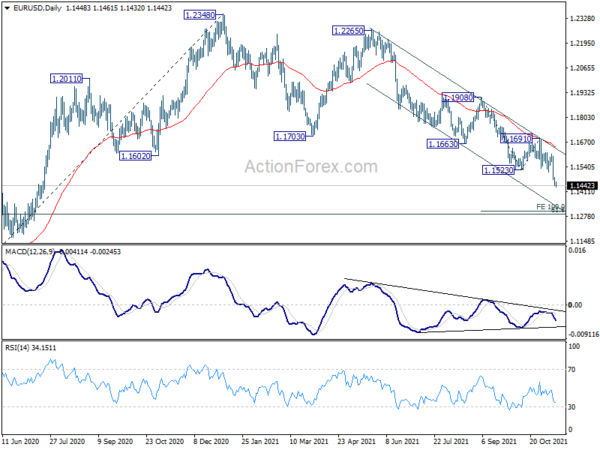 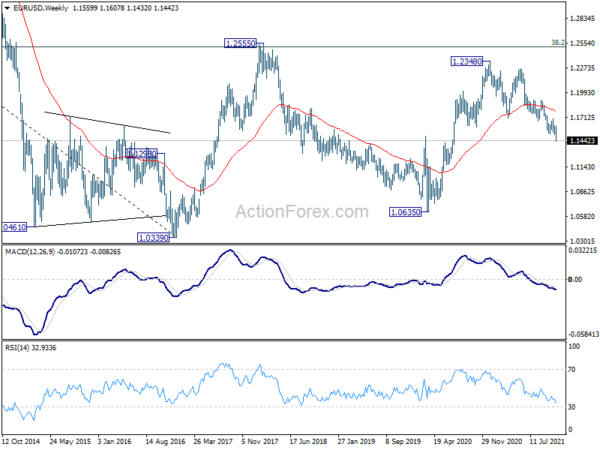 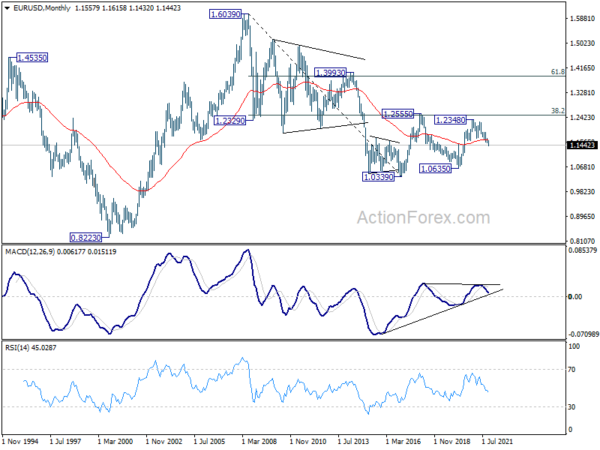 Dollar Digesting Gains, But Remains Strongest for the Week