Dollar’s selloff resumes in Asian session today, while Yen is also trading lower. Risk-on markets in Asia lift New Zealand and Australian Dollar. European majors are mixed for the moment, with Euro trying to recover against Sterling and Swiss Franc. The economic calendar is rather light today, and focuses will mainly be on the development in overall market sentiments, as well as comments from Fed officials later in the day.

Technically, EUR/USD’s breach of 1.1639 minor resistance suggests short term bottoming at 1.1523 already, which suggests more downside in Dollar in general. We’d now keep an eye on Gold too. While the retreat from 1800.37 might have disappointed some Gold bulls, it’s resiliently holding on to 4 hour 55 EMA, which maintains the chance of further rally. Break of 1800.37 will resume the rebound from 1721.46 towards 1833.79 key near term resistance. Such development would at least confirm Dollar’s weakness for the near term. 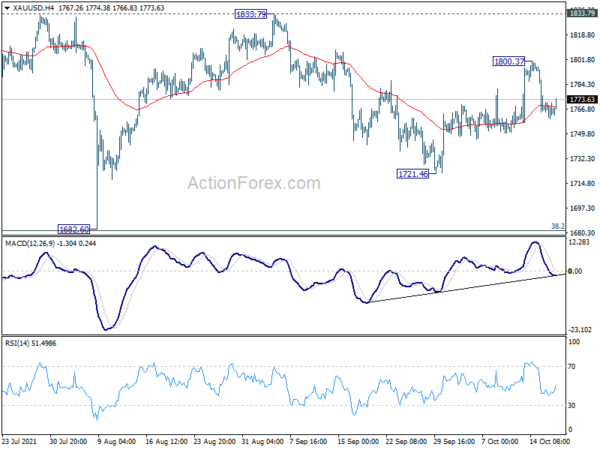 In the minutes of October 5 meeting, RBA reiterated that economic recovery was interrupted by the outbreak of Delta. Economy is expected to return to growth in Q4, after contraction in Q3, and then back to pre-Delta path in H2 of 2022. Economy recovery was “likely to be slower than in late 2020/early 2021” and “much would depend on health outcomes and the nature and timing of the easing of restrictions on activity.”

RBA also noted, “while disruptions to global supply chains were affecting the prices of some goods, the effect of this on the overall rate of inflation in Australia was limited”. Wages growth and underlying inflation were “expected to pick up only gradually as the economy recovers.

It acknowledged that house prices and credit growth had continued to rise strongly. “while less accommodative monetary policy would, all else equal, see lower housing prices and credit growth, it would result in fewer jobs and lower wages growth, which would in turn create further distance from the goals of monetary policy – namely, full employment and inflation sustainably within the target range.”

Overall, the conditions for rate hike “will not be met before 2020”. “Meeting this condition will require the labour market to be tight enough to generate materially higher wages growth than at the time of the meeting.” 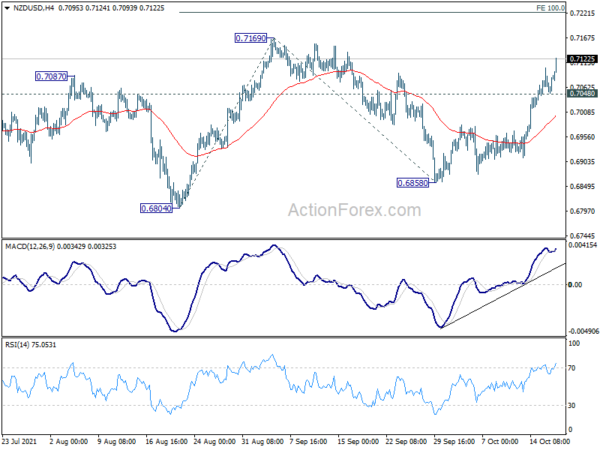 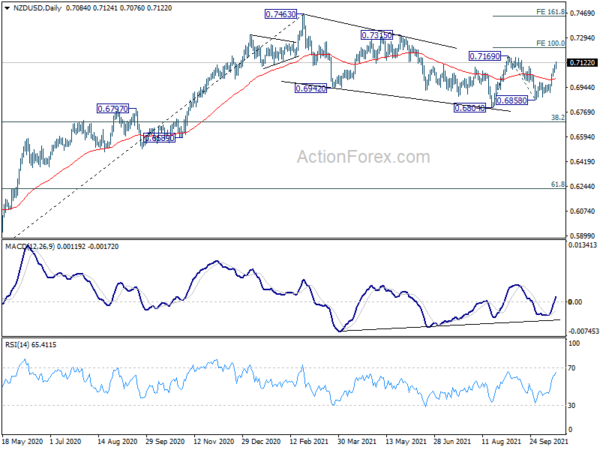 Swiss will release trade balance in European session. US will release housing starts and building permits later in the day. Main focuses will be more on comments from a batch of Fed officials, including Daly, Bowman, Bostic and Waller. 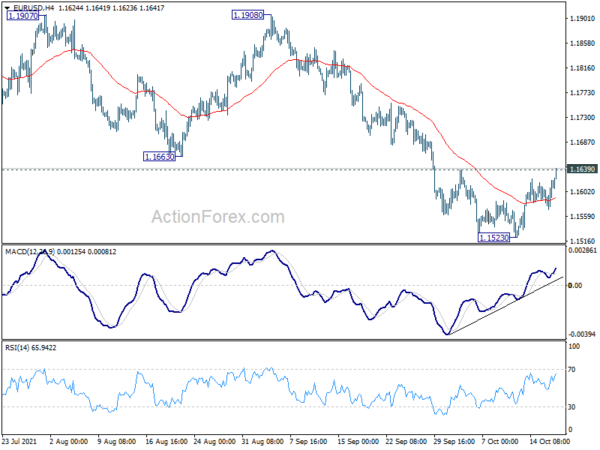 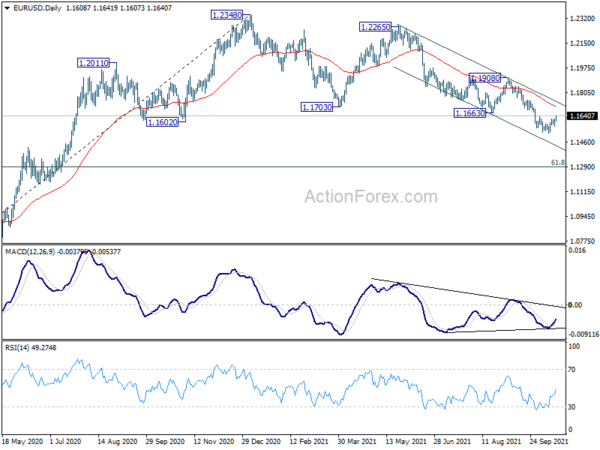