Dollar’s decline continues as another week starts as focus turns to Fed and BoJ, as well as a batch of important economic data. . European majors are also soft even though they managed to gain against the greenback. On the other hand, Australian and New Zealand Dollar are firmer together with Yen. Overall sentiments are mixed for the moment. But eyes will also be on India as coronavirus crisis intensified.

Technically, USD/CHF’s breach of 0.9127 temporary low suggests resumption of fall from 0.9471 towards 0.9029 fibonacci level. Focus will now turn to 0.7815 temporary top in AUD/USD and 0.7228 temporary top in NZD/USD. Break of these levels will further confirm broad based weakness in Dollar. As for NZD/USD, break of 0.7268 resistance should also confirm completion of the correction from 0.7463, and pave the way to retest this high. 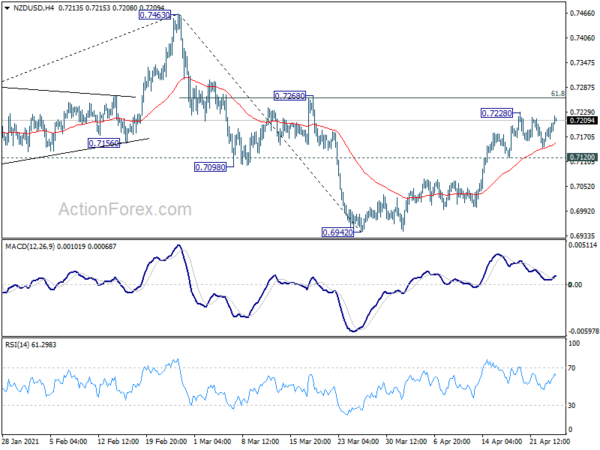 Gold rebound capped by 1800, but more upside still in favor 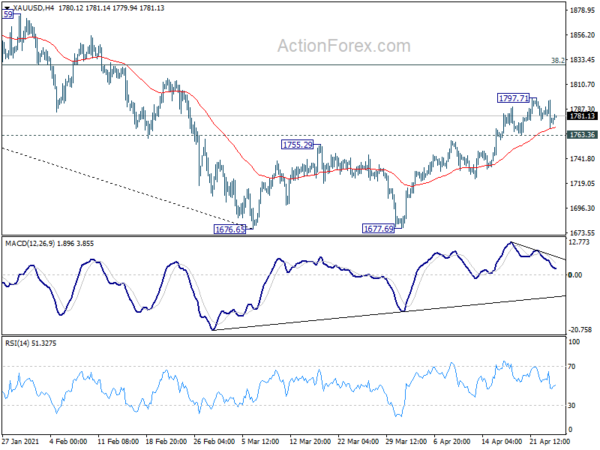 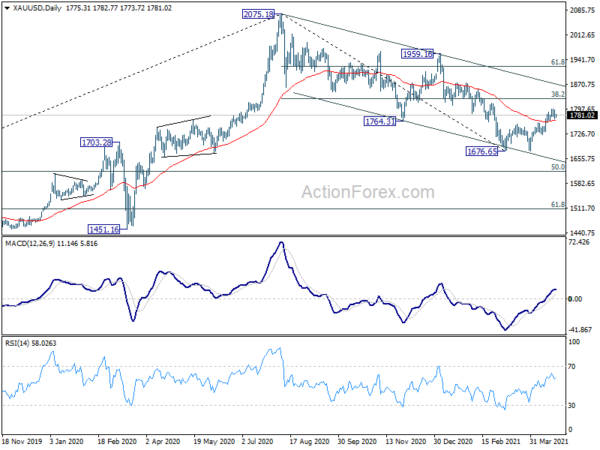 BoE Deputy Ben Broadbent said in a Telegraph interview published over the weekend that UK would see “very rapid growth at least over the next couple of quarters”. Though, it’s a too son to call it a “roaring twenties” scenario. He added, “the burden of proof it seems to me should be as to why that wouldn’t happen, rather than why it would, so I have tended to be on that more optimistic side.”

He also saw “less of a disinflationary effect”. “The price rises for those hitting capacity limits are going to be bigger than the falls in prices for those seeing falls in demand”, he explained. “When you get the shift in demand, you’re going to run into bottlenecks in some areas, particularly in those areas where supply, too, has been hit for a particular reason”.

BoJ and Fed to be non-events, GDP and inflation data watched

Two central banks will meet this week. BoJ will keep monetary policy unchanged and release new economic projections. No change in policy is expected. While BoJ might revised up growth forecasts, it will lower inflation forecasts at the same time. Fed is also widely expected to keep monetary policy unchanged. Chair Jerome Powell should reiterate that it’s premature to talk about stimulus. Fed officials will need to actual data, rather than outlook, before putting their hands on interest rates.

Suggested readings on Fed and BoJ:

While the BoJ and FOMC meeting would likely be non-events, economic data could be rather market moving. In particular, there will be GDP data from US, Eurozone and Canada; and inflation data from Australia, Eurozone and US. Here are some highlights for the week: 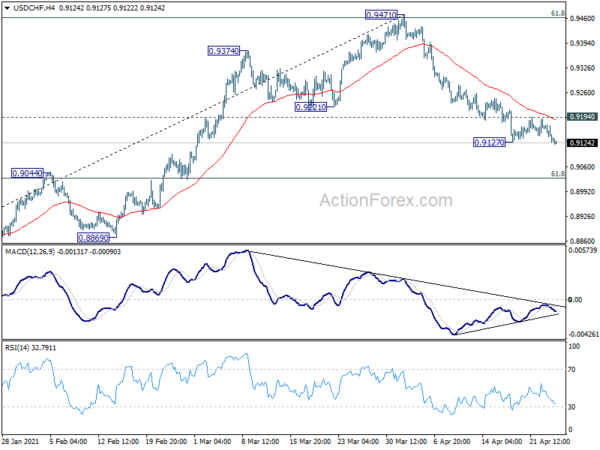 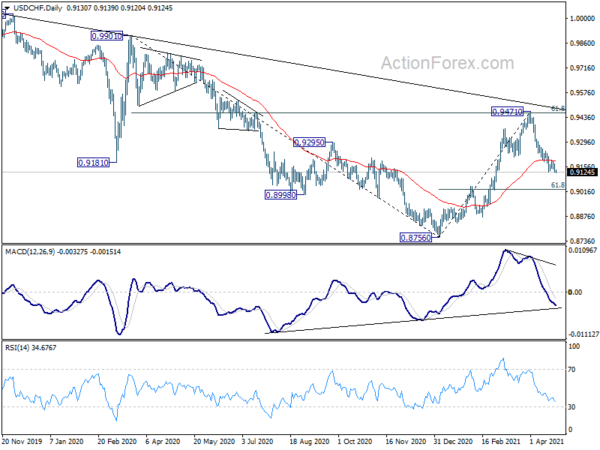