Dollar is trying to rebound broadly in early US session, partly on strong inflation data, and partly on month end flow. But overall, the greenback is just mixed for the week. For week Aussie and Swiss Franc are the strongest ones, with the latter lifted by strong buying against Euro. Yen is now the weakest one and will likely remain so. Euro and Canadian Dollar are both weak too as respective central bank meeting didn’t produce sustainable buying in them.

Eurozone GDP grew 2.2% qoq in Q3, slightly above expectation of 2.1% qoq. EU GDP grew 2.1% qoq. Among the EU Member States for which data are available, Austria (+3.3%) recorded the highest increase compared to the previous quarter, followed by France (+3.0%) and Portugal (+2.9%). The lowest growth was recorded in Latvia (+0.3%) and GDP was stable in Lithuania (0.0%). The year on year growth rates were positive for all countries.

Germany GDP grew only 1.8% qoq in Q2, below expectation of 2.2% qoq. Overall GDP was still -1.1% lower (price-, seasonally and calendar-adjusted) than in the fourth quarter of 2019, the quarter before the coronavirus crisis began.

Swiss KOF Economic Barometer dropped slightly from 111.0 to 110.7 in October, better than expectation of 108.0. KOF said: “Indicator bundles of the food and beverage industry have improved clearly and are contrasted by declines in indicator bundles of manufacturing, the economic sector other services, foreign demand and the financial and insurance services, resulting in an almost unchanged overall movement.”

Japan industrial production dropped -5.4% mom in Sep, but expected to bounce back strongly ahead

Japan industrial production dropped sharply by -5.4% mom in September, much worse than expectation of -2.4% mom. The seasonally adjusted index of production at factories and mines dropped for the third straight month to 89.5, against the 2015 100 base of 100.

But looking ahead, the Ministry of Economy, Trade and Industry said output would bounce back by 6.4% in October, and then 5.7% in November, based on a poll of manufacturers. An official said, “output may have hit bottom in September since economic activities have been returning to normal in countries such as Vietnam and Malaysia since late September, and a recovery is expected, mainly in the auto industry.”

Australia retail sales rose 1.3% mom in September, much better than expectation of 0.2% mom. That’s the first monthly growth since May. For the 12-month, sales rose 1.7% yoy.

“Retail turnover continues to vary by state, based on whether restrictions were imposed, removed or extended. Queensland sales rose to their highest level ever, up 5.2 per cent, with no lockdowns in September,” Ben James, Director of Quarterly Economy Wide Statistics said.

“New South Wales also experienced a rise of 2.3 per cent despite having lockdowns, as some restrictions were eased or lifted. However, turnover for New South Wales remains 11.9 per cent lower than May 2021, the month before the most recent lockdown began.” 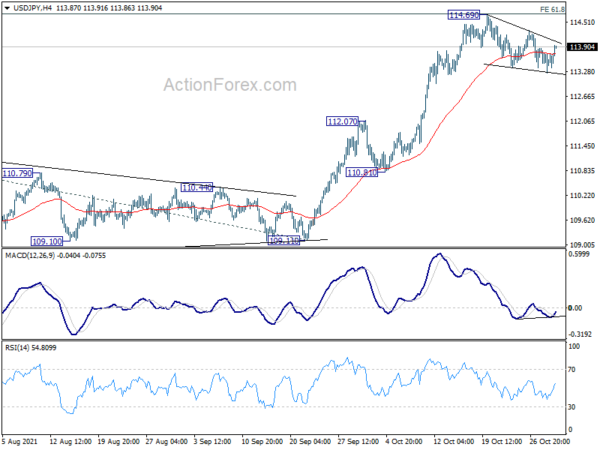 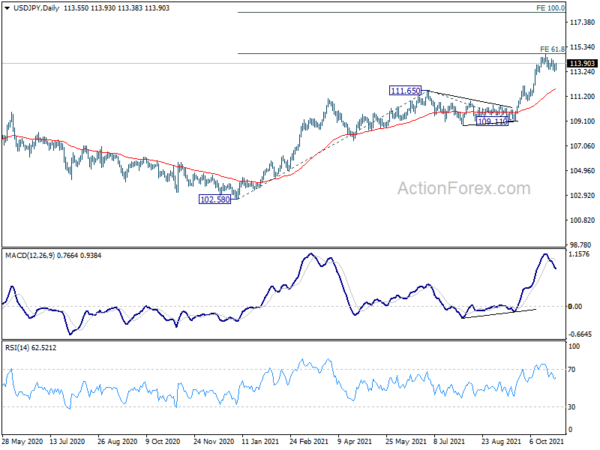 Dollar and Yen Dropped Again on Risk On Markets

Euro Selloff to Continue, At Least in Some Crosses