Dollar is maintaining much of this week’s gains as focus now turns to FOMC statement and economic projections. There is prospect of further rally for the greenback should some policymakers pull ahead their rate hike expectations. But the overall reactions would more depend on interaction with other markets like stocks and yield. As for the week so far, Yen is the worst performing one followed by Sterling and Aussie. Euro is the strongest, followed by Kiwi and then Dollar.

Technically, we’d maintain then some more upside breakouts in Dollar is needed to confirm its underlying strength. The levels include 1.1985 support in EUR/USD, 0.7644 support in AUD/USD, 0.9052 resistance in USD/CHF and 1.2201 resistance in USD/CAD. Or, at least, USD/JPY would have to break through 110.32 resistance to resume the whole rebound from 107.47.

No tapering talks expected from Fed, some previews

Fed is widely expected to leave all monetary policy measures unchanged today. The Fed funds rate target will stay at 0-0.25%. The asset purchases program would also remain unchanged at USD 120B per month. It’s not expected to start talking about tapering yet, and could wait until the Jackson Hole Symposium to give a more solid indication.

The main focuses would be on the updated economic projections, which would reflect Fed’s view on the path of inflation, as well as policy rates. Back in March, the dot plot indicated that the majority of policymakers forecast that the first hike would come in 2024. There were 4 members anticipating a rate hike next year and 7 by end -2023. While it might not be easy to push forward the forecast to 2023 (3 more members are needed), just 2 more could leave it balanced (9 vs 9) on whether it is 2023 or later. 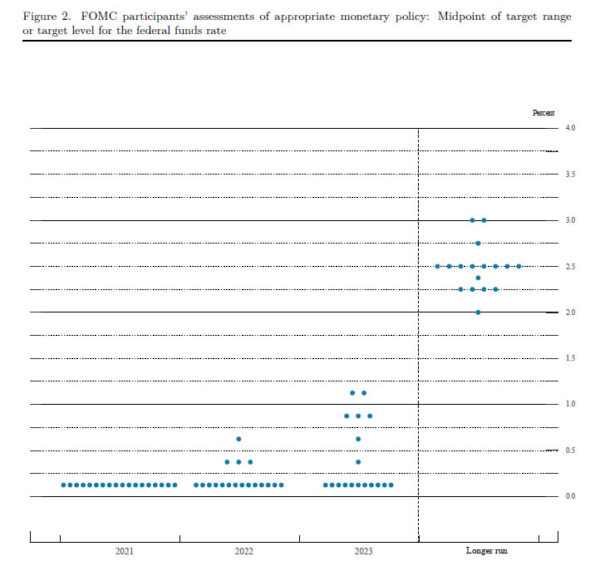 Looking at some details, exports to China rose 23.6% yoy to JPY 1393B. That was led by growth in chip production equipment, hybrid cars, and scrap copper. Exports to the US rose 87.9% yoy to JPY 1104B. Cars and auto parts led the growth to US-bound exports.

Westpac: RBA unlikely to rate until 2025 to hike rates

Australia Westpac-MI leading index dropped eased from 2.86% to 1.47% in May. That’s the six-month annualized growth rate , which indicates the likely pace of economic activity relative to trend, three to nine months into the future. The index has moderated form just under 5% six months ago.

Westpac said that given the “improved pulse” of economic data as signalled by the leading index, “it seems unlikely that the Board would expect to have to wait until 2025 before it achieves the objectives necessary to justify the first cash rate increase since November 2010.” Also, it expects RBA to not extend the yield curve target from April 2024. RBA would decide to maintain the policy of AUD 5B of asset purchases per week, without setting a final target, to allow maximum flexibility.

UK CPI, RPI and PPI will be released in European session. Canada will release CPI and wholesale sales later in the day. US will release housing starts and building permits, and import price index. But major focus is on FOMC. 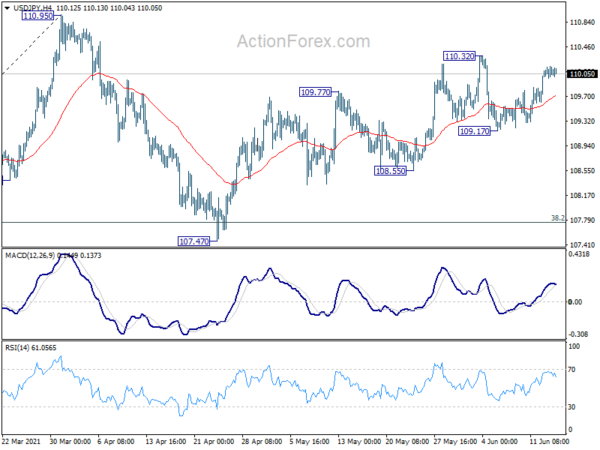 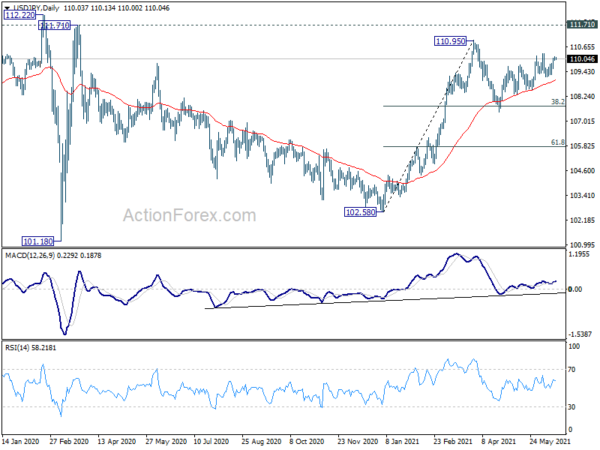