Yen and Dollar are currently the weakest ones for the week, but both are bounded inside last week’s range against most other currencies. The development is in line with the stock markets, where major US indexes closed higher overnight, but stayed in range too. Australian and New Zealand Dollar are currently the strongest ones for the week. The question is whether range breakouts would happen before new year, or after.

Technically, AUD/USD’s rebound from 0.6992 looks set to resume through 0.7223. Break there and sustained trading above 55 day EMA (now at 0.7238) will be a first step towards bluishness trend reversal. At the same time, we’ll also monitor the development in EUR/AUD. Break of 1.5655 temporary low will resume the fall from 1.6168. More importantly, the could open up the case for falling further towards key support zone between 1.5250/5354, with prospect of medium term down trend resumption. It would be a rather bullish sign if both happens to the Aussie. 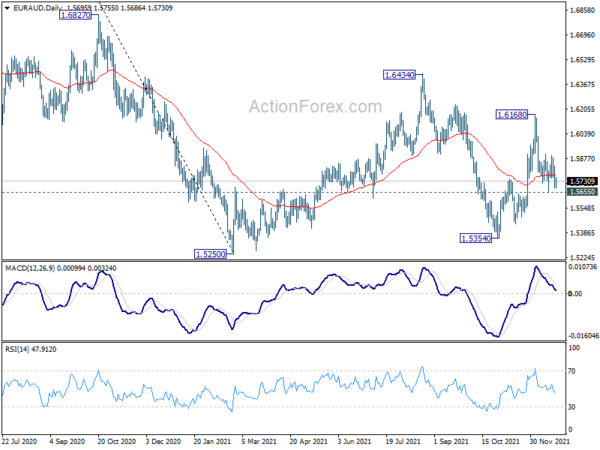 “The economy has shown signs of picking up, so we must ensure the current positive momentum moves to sustainable economic recovery,” a Cabinet Office official told reporters. “We have not yet reached autonomous growth but we’re making steady progress to generate a virtuous cycle of growth and wealth distribution.”

Silver extending recovery, Gold back above 1800

Silver’s recovery continues today even though momentum remains a bit weak. A short term bottom should be formed at 21.39 on bullish convergence condition in 4 hour MACD. That came after defending 21.41 support. Further rise should be seen as long as 22.17 minor support holds, to 55 day EMA (now at 23.18). Sustained break there will raise the chance that whole corrective pattern from 30.07 has completed as a five-wave descending triangle. However, break of 22.17 support will revive near term bearishness for another fall through 21.39. 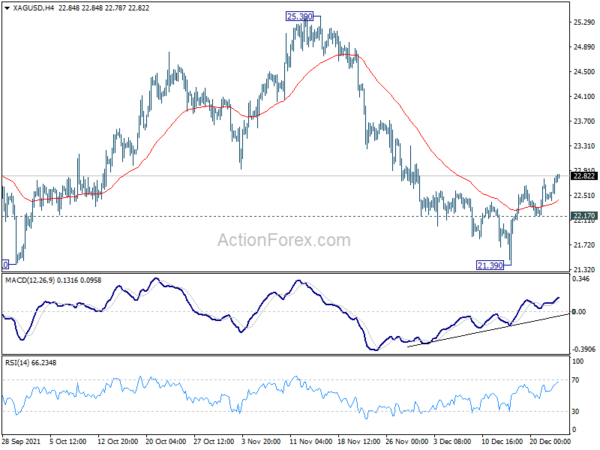 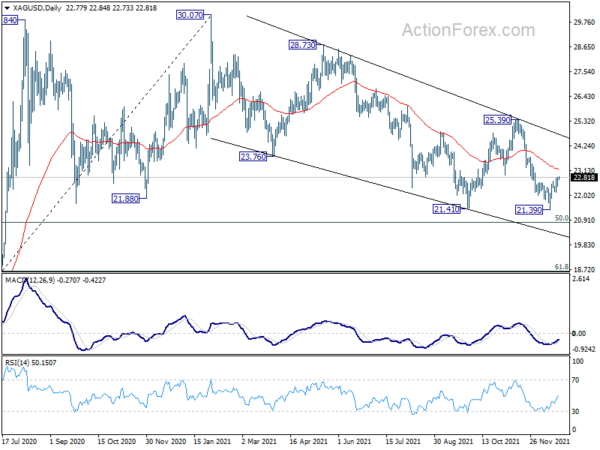 Gold also strengthens mildly today and is back above 1800 handle. But it’s still limited below 1814.06 temporary top. For now, further rise is in favor as long as 1781.99 minor support holds. Break of 1814.06 will resume the rebound from 1752.32 short term bottom towards 1877.05 resistance. Firm break there will also raise that chance that whole corrective pattern from 2074.84 has completed. However, break of 1781.99 will revive near term bearishness for another fall through 1732.52. 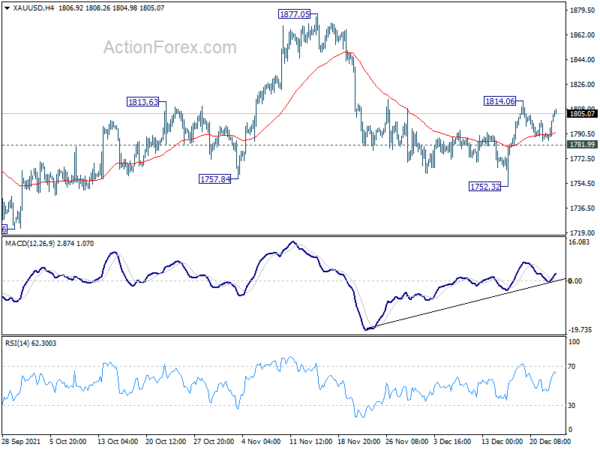 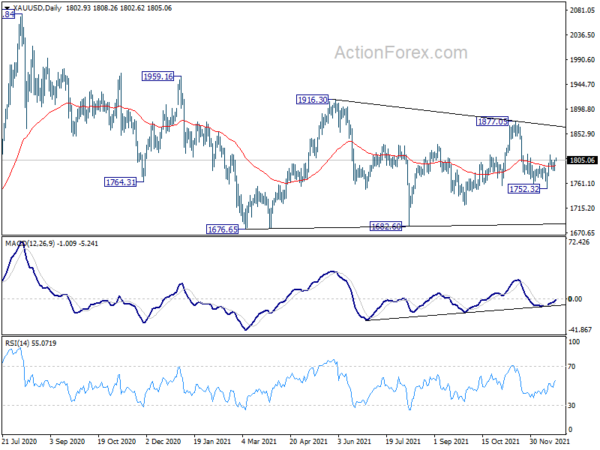 AUD/USD is still staying in range below 0.7223 temporary top and intraday bias remains neutral. On the upside, above 0.7223 and sustained trading above 55 day EMA (now at 0.7236) will be the first sign of major bottoming and bring stronger rise to 0.7555 resistance. On the downside, however, break of 0.7081 minor support will bring retest of 0.6991 key support first. Sustained break there will carry larger bearish implication, and resume larger down trend from 0.8006. 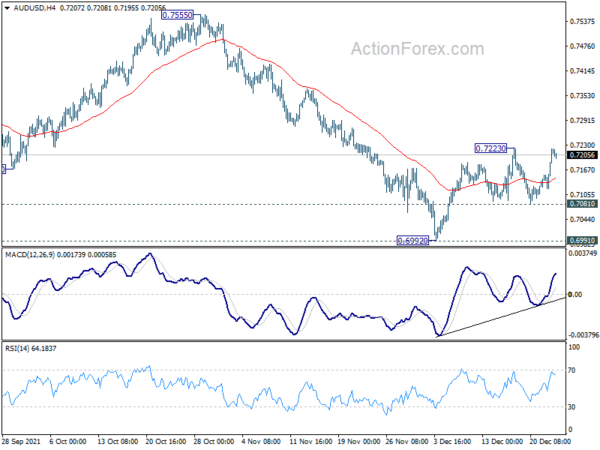 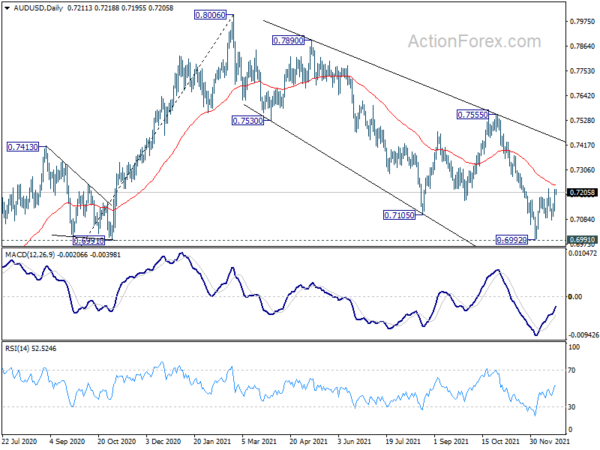