Following return of risk-on sentiment, commodity currencies are currently the best performers for the week. On the other hand, Swiss Franc and Yen are trading broadly lower, followed by Euro and Dollar. The economic calendar is very light today and main focus will be on BoC policy decision. At the same time, we’ll see if the strong stock market rally could continue to push major US indexes back to record highs.

BoJ Deputy Governor Masayoshi Amamiya said in a speech that Japan’s inflation rate is still “far below the price stability target of 2 percent”. CPI is projected to be just around 1% even in fiscal 2023, the end of the current projection period. Therefore, BoJ will “persistently continue with powerful monetary easing” under the current QQE with yield curve control.

While central banks in US and Europe have recently started adjusting their monetary policy, the situation is different in Japan. Amamiya said, “given the price developments in Japan I have described, I think it makes sense that the Bank does not actually need to adjust its large-scale monetary easing at present”.

CAD/JPY in strong rebound as BoC in focus

With a light economic calendar, main focus will be on BoC monetary policy decision today. No change is expected as the central has just stopped asset purchases back in October. Also, at that statement, BoC had pushed forward the timing for the first rate hike to “sometime in the middle quarters of 2022”, compared with previous estimate of “the second half of 2022”. Given the uncertainty surrounding Omicron, the central bank will more likely keep the rhetoric unchanged than not.

Some previews on BoC:

Sustained trading above 55 day EMA (now at 89.78) will affirm this case and pave the way for retesting 93.00 high next. Also, given that CAD/JPY has defended medium term trend line support and 55 week EMA very well, the whole up trend from 73.80 could be ready to resume through 93.00 in this case.

Nevertheless, another fall and sustained trading below 87.83 will turn focus back to 84.65 key medium term structural support. 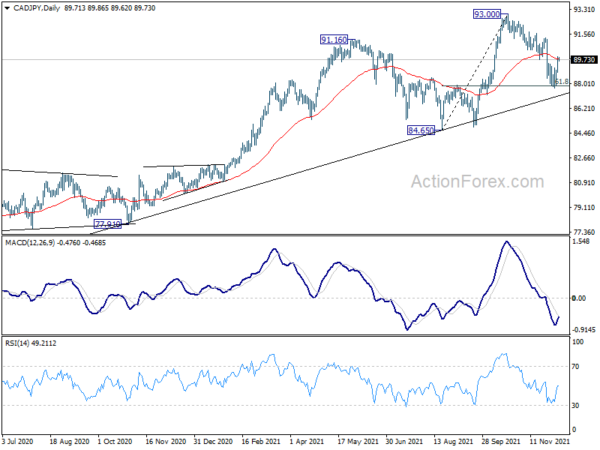 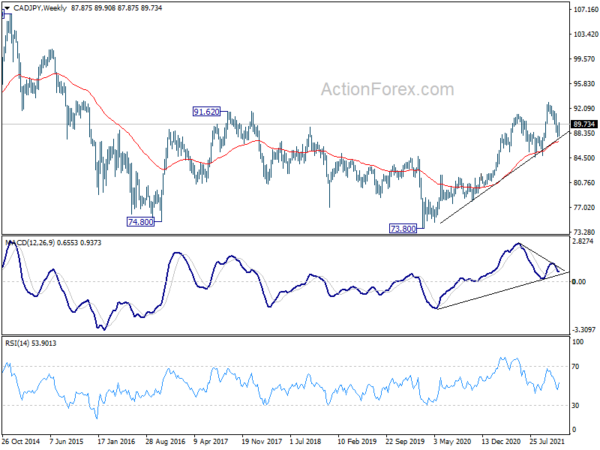 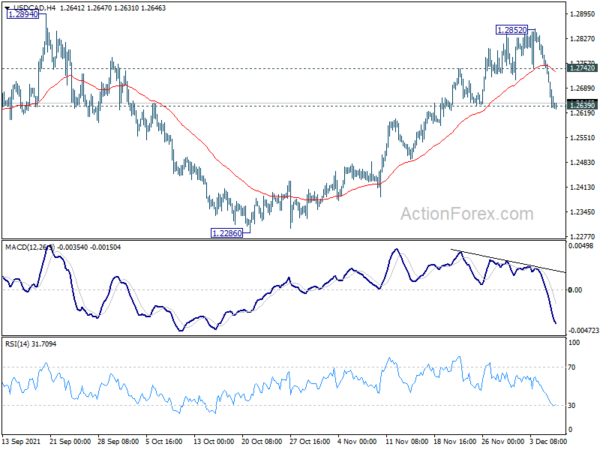 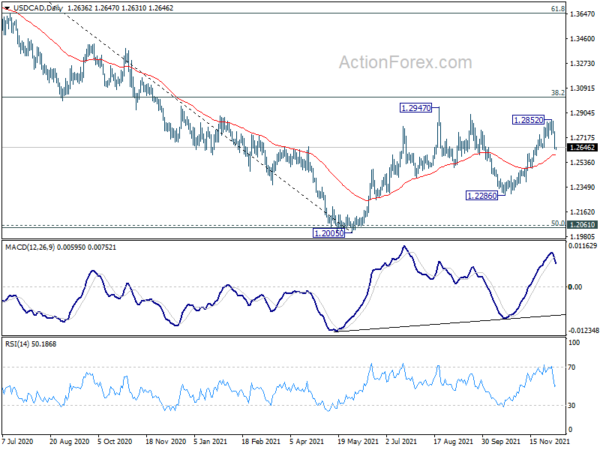